Joining sanctions on Russia, Italy risks more than most 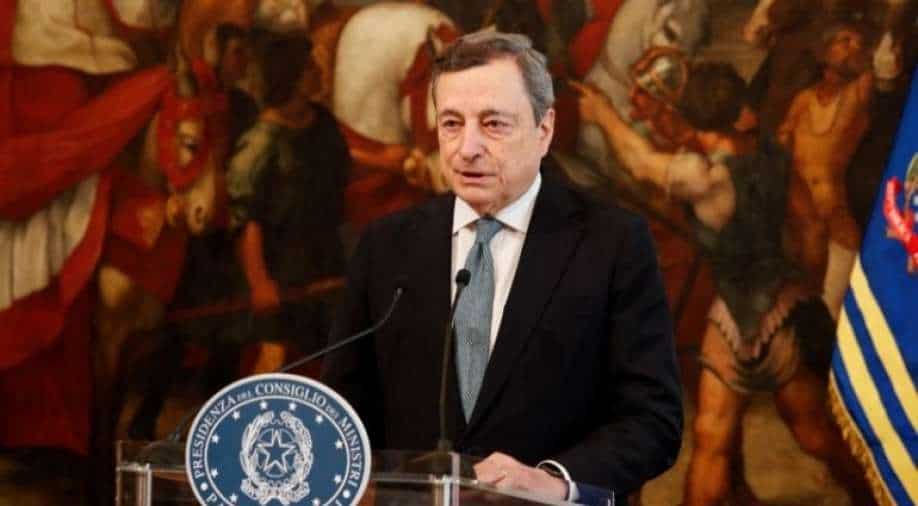 After an initial wariness about the boomerang effect that sanctions would have on Italy’s energy imports, luxury goods businesses and banking sector, the country with some of the closest ties to Russia in Europe has stepped up with its Western allies in enacting muscular sanctions to weaken Putin, even at a potentially outsize cost for Italians

As Italian skiers kicked the snow off their boots and warmed up in the lobby of his lodge in the Apennine Mountains, the hotel owner worried what European sanctions on Russia would do to his already astronomically high heating bills.

“There will be major downsides for Italy,” said the owner, Roberto Minafra, as his guests checked the latest news about Ukraine on their phones. But in the face of an existential threat from President Vladimir Putin of Russia, Minafra decided that Italy, which receives more than 40% of its natural gas from Russia, needed to act with Europe. The economic hit was worth the sacrifice.

“Putin needs to be isolated,” he said. “We don’t have an alternative.”

After an initial wariness about the boomerang effect that sanctions would have on Italy’s energy imports, luxury goods businesses and banking sector, the country with some of the closest ties to Russia in Europe has stepped up with its Western allies in enacting muscular sanctions to weaken Putin, even at a potentially outsize cost for Italians.

Once seen by Russia — and nervous NATO allies — as the potential soft underbelly allowing Putin to break Europe’s liberal consensus and strengthen his regional influence, Italy has armored itself in the unity of the bloc and accepted the risk that the Kremlin could cut off much of Italy’s fuel in retaliation.

“In case of interruptions of gas supplies from Russia, Italy has more to lose compared to other European countries that rely on different sources,” Mario Draghi, the Italian prime minister but also a leading figure in the European Union, told the Italian Parliament on Tuesday. “This does not diminish our determination to support sanctions that we deem justified and necessary.”

In his speech, Draghi set out a vision of Europe, calling the Russian invasion a “decisive turning point in European history” that broke the “illusion” of permanent peace through economic and political integration, and posed a “new reality,” recalling the Nazi annexation of Austria or the Soviet invasion of Czechoslovakia. He said it required choices that were until now unthinkable to protect against an attack on Western values and “the international order that we built together.”

“Italy does not intend to look away,” he said, adding that Italy and Europe had “adopted an increasingly tough and punitive response toward Moscow.”

He also said Italy had “responded to the appeal” of President Volodymyr Zelenskyy of Ukraine for military arms, equipment and vehicles because when a democracy under attack asks for help, “it’s not possible to respond only with encouragement.”

He said the crisis would accelerate the European Union’s integration process on immigration policy as it welcomed Ukrainian refugees, but also with regard to investments toward “a common defense” to protect the international order created after World War II.

For much of the postwar period, Italy has maintained a close connection to Russia. In the decades after the fall of Benito Mussolini’s fascist regime, Italy’s Communist Party was the largest outside the Soviet bloc. The Italian car company Fiat built the Soviet Union’s biggest car factory in a city named after Italian Communist leader Palmiro Togliatti, and also invested in helping the Soviets modernize their automobile industry and infrastructure.

That strong link to the Soviets spooked the West, and prompted the United States, which helped fund Italy’s rehabilitation through the Marshall Plan, and the Vatican to prop up Christian Democrats who ran Italy for nearly a half century. But during the Cold War, the Soviets exercised arguably more sway over Italy’s cultural intelligentsia, leaving the country divided.

Italy became a political and ideological borderland in the heart of Western Europe. The country’s leaders — those on the left and the right — maintained a strong alliance with the United States but also cozied up to the Soviets, and then the Russians, for their energy supply. With the rise of the oligarchs, Russia emerged as a market for Italian agriculture, banking and luxury goods.

But the collapse of Communism and the rise of Putin as a strongman shifted Russia’s support base in Italy to the right. Putin developed a close relationship with former Prime Minister Silvio Berlusconi, who shared his gaudy tastes. Ascending Italian populists saw in Putin a model for their opposition to migration and the decay of traditional values.

In the run-up to the war, Putin personally laid his soft power on thick, spending hours in a video call with Italian business leaders, including the chairman of the banking group Intesa Sanpaolo’s Russian unit, who “categorically” excluded an attack by Russia.

But the transactional era of extreme Italian flexibility between Russia and the West seemed to fade with Draghi, who, since taking office in 2021, has strengthened Italy’s ties with the European Union.

Now the politicians who courted Russia’s favor, and attended the Russia Day celebrations in Rome at the Russian ambassador’s residence, newly protected with barbed wire, have found themselves squirming.

Matteo Salvini, the leader of the Northern League party, which once signed a pact with Putin’s Russia United party, and who had a penchant for shirts with Putin’s face on them, has tried to condemn the violence without condemning Putin outright, and has voiced concern about sanctions cutting gas supplies.

“Sanctions should hit those who started and are conducting the war,” he said on Italian television Sunday, including politicians and billionaires. “Not poor people in Russia and even in Italy.”

But Draghi has shown little interest in cutting Russia a break since the start of the war. A former president of the European Central Bank, he said he had personally proposed that Europe take further measures against Russian oligarchs with assets surpassing 10 million euros ($11 million), intensify pressure on the Russian Central Bank and ask the Bank for International Settlements, headquartered in Switzerland, to join the sanctions.

Draghi has taken past Italian leaders to task for leaning so heavily on Russia. “The events of these days show the imprudence of not having further diversified our energy sources and our suppliers in the last decades,” he said last week.

On Tuesday he said the country had enough supply of oil and natural gas to mitigate shortages in the waning days of winter, but would jump-start its diversification projects, building up renewable energy and new gas supplies, “because we cannot be so dependent on the decisions of a single country.”

Italy’s Five Star Movement, which came to prominence as an anti-establishment force that often echoed Russian talking points and cross-pollinated with Russian propaganda websites, fought against alternative sources of energy.

One of the party’s members of Parliament infamously suggested that Ukrainians were cannibals, based on a photo that turned out to be from a horror movie. But perhaps its most prominent Russophile was Manlio Di Stefano, the party’s foreign policy point man.

In 2015, Di Stefano said the United States, NATO and the agricultural giant Monsanto had conspired to stir conflict in Ukraine to transform it “into a NATO base to launch the final attack on Russia,” but also to sell genetically modified foods. In 2016, he called Ukraine an American “puppet state” and attended a convention of Putin’s Russia United party.

He echoed Kremlin talking points to the Russian propaganda site Sputnik — which often promoted his party’s attacks on establishment rivals and is now banned in Europe — and urged Italy to “block sanctions against Russia” in part to help suffering Italian businesses.

Now, as Italy’s undersecretary for foreign affairs, he has become a supporter of the sanctions and a critic of Putin and Russia.

“I am also for further sanctions if war operations should continue, including forbidding Russian oil imports into the EU,” Di Stefano wrote in an email Tuesday. “My position has not changed.”

On Tuesday, Draghi urged the country not to litigate the past and to use the new momentum to push Europe further.

“The struggle that we support today,’’ Draghi said, “the sacrifices that we endure tomorrow, are in the defense of our principles and our future.”