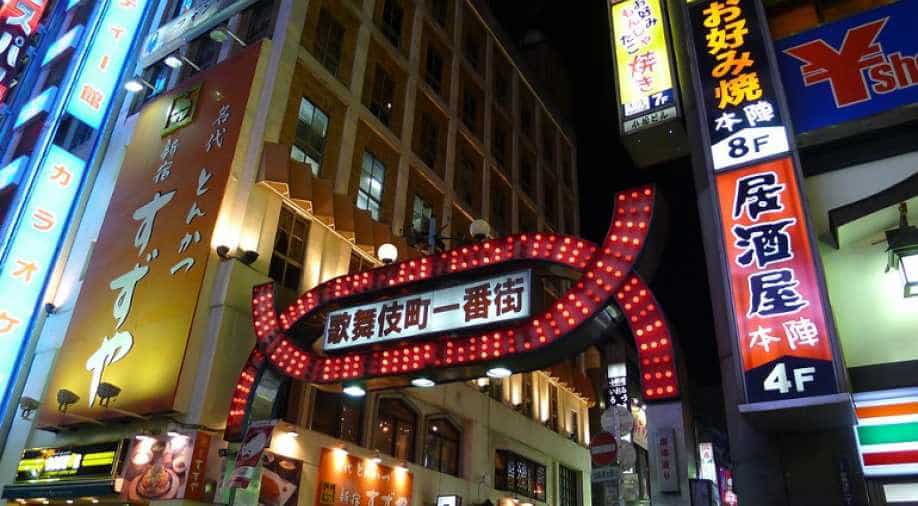 Private consumption picked up 0.9 per cent in the second quarter. (Image source: Pixabay) Photograph:( Others )

Further complicating the economic picture for 2021, Japan has been slow to start vaccinations

Japan’s economy rebounded sharply in the last three months of 2020, government data showed Monday, extending its recovery from the coronavirus’ devastating effect in the first half of the year.

But the growth was fragile and could be easily disrupted, analysts warned, at least in the short term. A second state of emergency declared at the end of last year is likely to drag the economy down again, and — as with many countries — it will most likely take years for certain business sectors, such as tourism, and consumer confidence to recover.

Japan’s economy, the world’s third largest after the United States and China, grew 3% during the October to December period, for an annualized growth rate of 12.7%. It was the country’s second consecutive quarter of growth.

The economy had jumped 5.3% in the fiscal third quarter as the country emerged from a national emergency and regained a semblance of normalcy.

“The biggest drivers of this quarter’s growth were exports and consumer spending,” said Toshihiro Nagahama, senior economist at the Dai-Ichi Life Research Institute, as economies released pent-up demand for Japanese goods that had built up during the early months of the pandemic.

Japan’s growth last quarter was “a bit of a mechanical rebound from an unnatural sort of drop” created by global lockdowns and skittish consumers, said Izumi Devalier, the chief Japan economist at Bank of America Merrill Lynch.

But the surge in exports over the past months, driven by growth in capital goods and the tech sector, has “been incredible” she said.

The Japanese economy had entered 2020 in a weakened state brought about by a rise in the national consumption tax, a stark drop in trade with China and a devastating typhoon. The pandemic then struck a major blow. As other economies crashed, Japan’s shrank in its worst performance since 1955, when the country began using gross domestic product to measure its economy.

But thanks in large part to the country’s efforts to keep the pandemic under control, Japan avoided the worst of the economic damage that savaged the United States and much of Europe.

This fall, while many consumers in the West sheltered in place, people in Japan were traveling, eating out and going to movies. One film, “Demon Slayer: Mugen Train,” set a domestic box-office record, outpacing the former champion in a few short months. Government subsidies for travel lifted domestic tourism, although such travel may have also spread the virus.

At the same time, huge government stimulus efforts helped keep people in jobs and companies in business. Japan’s unemployment rate stood at just 2.9% by the end of December versus 2.1% at the same time the year before. Bankruptcies actually dropped 6.5% in 2020, according to Teikoku Databank, a credit research company.

In contrast to the economic damage, the country’s stock market is riding high, benefiting from monetary policies that have kept interest rates ultra low and pumped money into equities markets. On Monday morning, the Nikkei hit 30,000 for the first time since Japan’s economic bubble burst 30 years ago.

Still, the past two quarters of growth did not make up for the damage wreaked by the pandemic. The economy ended down 4.8% for the year, the first annual contraction since 2009, when the country was suffering from the fallout of the global financial crisis.

While people in Japan are not facing the same level of short-term economic peril as those in the United States, growth is expected to contract again in the first three months of this year.

After a steep rise in daily infection counts, Japan declared a second, albeit more limited, state of emergency at the beginning of January. Initially announced for one month, the edict was extended through early March partly in response to the appearance of new, more contagious variants of the coronavirus.

“Because of the emergency declaration, consumer spending, particularly on services, is going to fall” in the first three months of the year, said Akane Yamaguchi, an economist at the Daiwa Institute of Research.

But, she said, the damage will not be nearly as severe as last spring, when lockdowns destroyed demand for exports and Japan’s national emergency extended across the whole country.

In the longer term, as the world continues to grapple with the pandemic, there will likely be “repeated shocks on consumption” as case numbers rise and fall while exports will stay strong, said Devalier, of Bank of America.

Further complicating the economic picture for 2021, Japan has been slow to start vaccinations.

On Sunday, the Pfizer shot became the first to receive approval from Japanese regulators. Frontline health care workers are expected to receive their first doses this week, but it will be months before the public is eligible.

The pandemic’s effects have been much less severe in Japan than in the West. Total deaths are under 7,000, and daily infection levels peaked in early January at around 8,000. But a robust vaccination program could give more people the confidence to return to shops and restaurants, said Nagahama, of Dai-Ichi Life Research.

To get the economy back on track in the long run, “increasing vaccination rates is the only option,” he said. “Without that, any monetary or fiscal measures you take are pointless.”