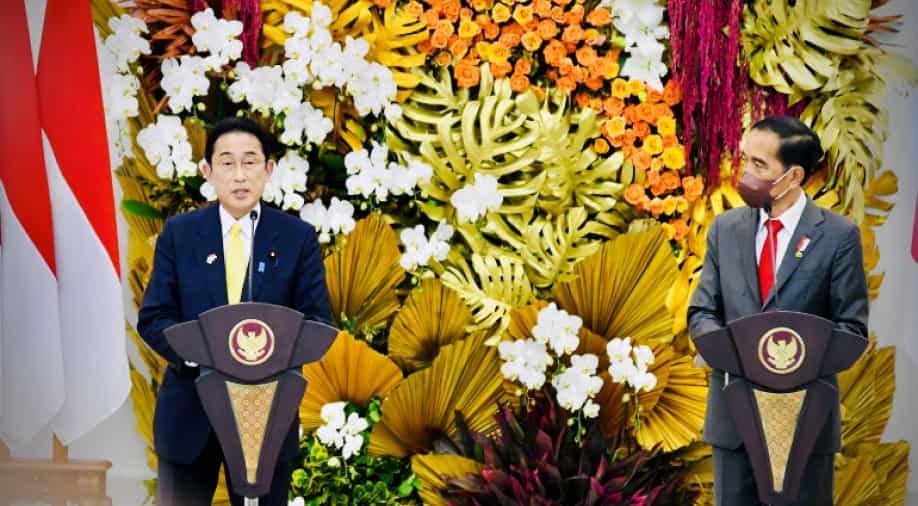 Japanese Prime Minister Fumio Kishida on Saturday (April 30) called for a cessation of hostilities in Ukraine during a meeting with his Indonesian President Joko Widodo.

Kishida is on a tour of Southeast Asia to counter China's growing assertiveness in the region and to discuss regional responses to the Ukraine crisis.

He told reporters, "I expressed my strong opposition to a unilateral change of the status quo by force in the East China Sea and the South China Sea."

"An infringement on sovereignty and territorial integrity through the use of force and intimidation, as well as an attempt to unilaterally change the status quo by force, are unacceptable in any region," he said.

Widodo confirmed that he has invited both Ukrainian President Volodymyr Zelensky and Russian President Vladimir Putin to the G20 summit in November.

In response, White House Press Secretary Jen Psaki said, "The President has expressed publicly his opposition to President Putin attending the G20. We have welcomed the Ukrainians attending."

"We have conveyed our view that we don't think (Russia) should be a part of it publicly and privately," she told reporters.

According to State Department deputy spokesperson Jalina Porter, "The United States continues to believe that it can't be business as usual with regards to Russia's participation with the international community or international institutions."

Meanwhile, Kremlin spokesman Dmitry Peskov said that "for the time being, it is premature to communicate the modalities of Russian participation."

Japan is Asia's only country that is a member of the Group of Seven (G7) and officials say it hopes to hold talks on Russia's invasion of Ukraine and consolidate responses in Southeast Asia, where only one nation, Singapore, has joined sanctions against Moscow.

Kishida will host the Quadrilateral Security Dialogue next month for talks on regional security with India, Australia, and the United States.