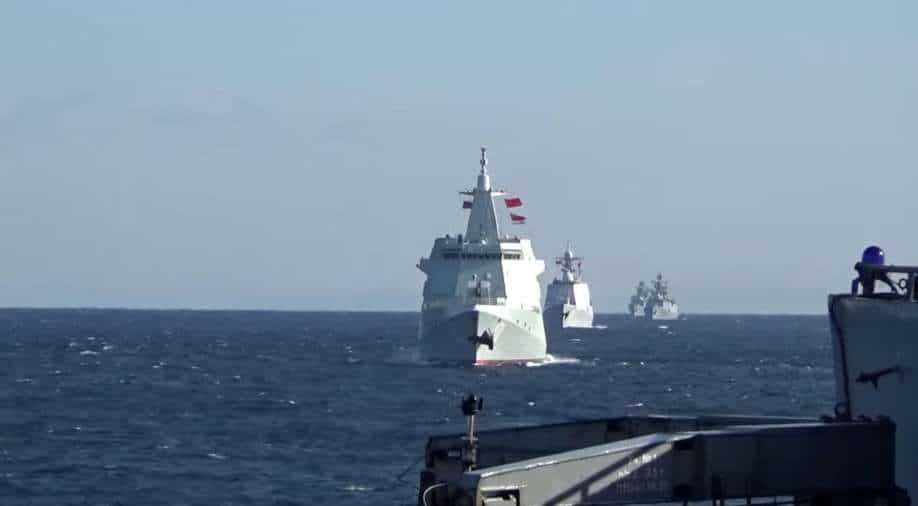 China's joint patrol with Russia comes as the Communist country continues to be embroiled in disputes with neighbouring countries in the South China Sea.

After Russian and Chinese warships held joint patrol in the Pacific, Japan said Russian ships had entered the Sea of Japan after passing through Tsushima Strait.

The development comes just days after Russian and Chinese navies conducted drills as Japan pointed out that the ships passed through "Tsugaru Strait for the first time as part of the patrol".

China said the exercise was meant to "develop the China-Russia comprehensive strategic partnership".

Japanese media had pointed out earlier that Russian and Chinese ships had passed through Osumi Strait as the country's defence ministry said it will be monitoring the two navies.

Japan reportedly spotted five Russian ships entering the Sea of Japan, although ships are allowed to sail through Tsugaru and Osumi straits since they are international waterways however reports said Japan described the move as "unusual".

China's joint patrol with Russia comes as the Communist country continues to be embroiled in disputes with neighbouring countries in the South China Sea.

Tensions have also been simmering in the Taiwan Straits with Chinese ships regularly passing the area even as US ships have also sailed past the contentious waters. The US says its ships are allowed to pass citing freedom of navigation.

Last month the UK had sent a warship HMS Richmond through the Taiwan Strait with Australian, French and Canadian ships also sending ships which have often attracted China's ire.