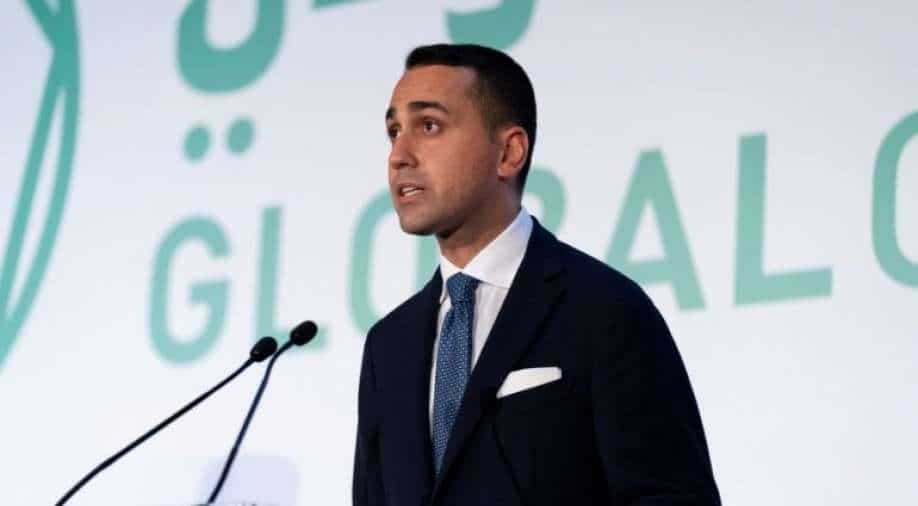 Luigi Di Maio, the Italian foreign affairs minister on Sunday (September 26) said that recognition of the Taliban government is "impossible" due to the presence of "terrorists" among the ministers and highlighted the humanitarian aid to the protection of women and girls.

"Recognition of the Taliban government is impossible since there are 17 terrorists among the ministers, and the human rights of women and girls are continuously violated," Di Maio told state-owned television Rai 3.

Maio, who chaired a meeting of G20 foreign ministers in New York last week, said that the Afghan people should start receiving the financial support that was frozen after the Taliban took power last month.

"In a while they will not be able to pay salaries. Clearly, we must prevent Afghanistan from implosion and from an uncontrolled flow of migration that could destabilize neighbouring countries," Di Maio said.

Maio said that there are ways to guarantee "financial support" without giving money to the Taliban. He added that a part of humanitarian aid "must always" go to the protection of women and girls.

Italy holds the annual, rotating presidency of the G20 and is looking to host a special summit on Afghanistan.

"The G20 countries together with Afghanistan`s neighbours are committed to fight against terrorism, and to work for the protection of human rights," Di Maio said.

On being asked whether a date has been set for G20 leaders to meet on Afghanistan, Di Maio said that it will be "in the coming weeks".

"The date is not yet public but conditions are in place to convene the summit of the G20 leaders, who will be chaired by Prime Minister Mario Draghi," he said.

Meanwhile, the Taliban government in Afghanistan on Sunday (September 26) urged the international airlines to resume flights to and from Kabul, claiming that all technical issues at the country's main airport have been resolved.

In a statement, Abdul Qahar Balkhi, the newly appointed spokesman for the ministry of foreign affairs, said the Taliban hoped proper commercial services would resume shortly and promised full cooperation.