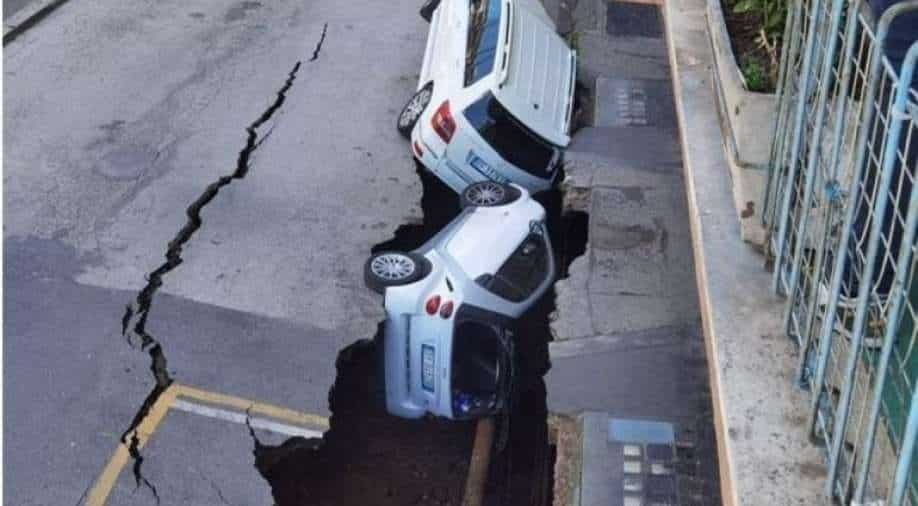 Another sinkhole opened up in Italy’s Rome, causing damage to two cars that were parked on the side of the road.

A six-meter-deep and 20-meter-long hole suddenly appeared at the side of a road in the Torpignattara district. While nobody was injured in this incident, a Mercedes SUV and a smart car fell into the pit.

An initial investigation has revealed that the sinkhole might have been caused by water leakage in a garage that ran under the streets, the local media reported.

The authorities were informed about a possible leak by the residents of the area, a local newspaper claimed.

This sinkhole has once again brought attention to the increasing number of such incidents in the city, which, many believe, is being caused by the poor quality of underground tunnels and sewers in the city.

"Episodes that attest to the serious morphological fragility deriving from the characteristics of the city are multiplying," said Roberto Morassut, a politician with the centre-left Democratic party.

A recent sinkhole in the parking lot of a hospital in Naples had also caused chaos as the hospital had to be temporarily shut down while COVID-19 patients were being treated there.