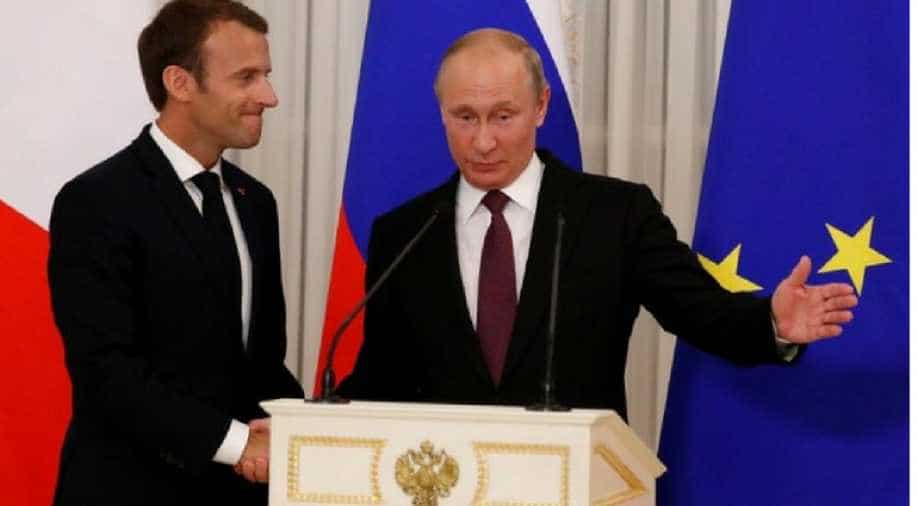 The Russian President may also discuss the reconstruction of infrastructure in Syria, news agency Reuters reported.

French, German, Turkish and Russian leaders are set to meet in Istanbul on October 27 to discuss the ongoing Syrian crisis and figure out ways to avoid a humanitarian catastrophe in the country's Idlib region, the French presidency said on Friday.

A statement issued by French President Emmanuel Macron's office stated France's commitment toward ensuring that the ceasefire in Idlib remains in place.

The statement also noted that France wants to prevent a new exodus of refugees and provide new momentum for peace talks.

Meanwhile, according to Russian media, President Vladimir Putin, next week, will discuss conditions for the return of refugees to Syria at the summit.

Besides this, the Russian President may also discuss the reconstruction of infrastructure in Syria, news agency Reuters reported.

Leaders from Turkey, Russia, Germany and France will take part in a four-way summit next week which aims to have the Syrian crisis at the heart of the discussions.

The latest developments in Syria's rebel-held Idlib province and the political process for the resolution of the conflict would be discussed at the summit.