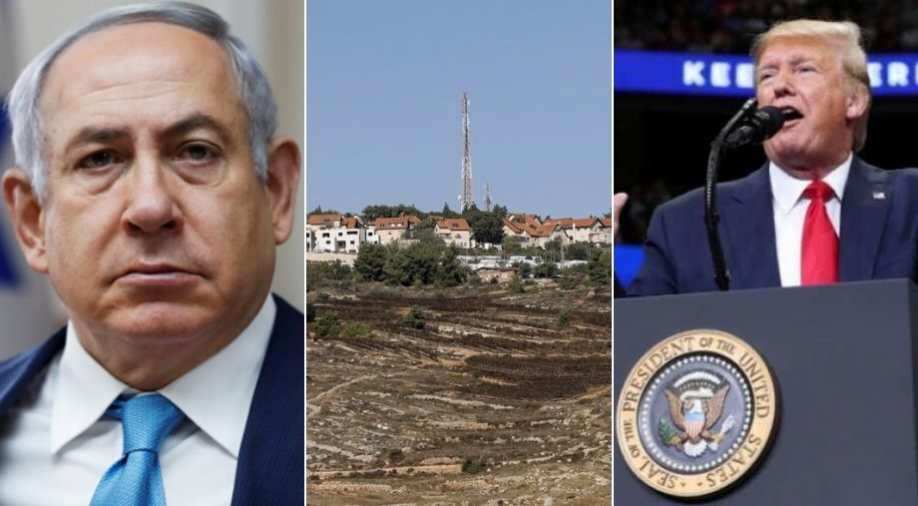 Israelis hailed a US announcement that it no longer considers settlements in the West Bank and annexed east Jerusalem illegal, but the Palestinians pledged fresh measures to oppose it Tuesday.

Most Israeli politicians and media joined settler groups in welcoming the announcement made by US Secretary of State Mike Pompeo on Monday.

Israeli Prime Minister Benjamin Netanyahu said it reflected "a historical truth that the Jewish people are not foreign colonialists in Judaea and Samaria," using the biblical terms for the southern and northern West Bank.

Pompeo said that after legal consultation they had concluded the establishment of settlements was "not, per se, inconsistent with international law".

He said that the United States was not necessarily considering the settlements legal either but instead would defer to the judgement of Israeli courts.

The decision is the latest in a series of pro-Israeli moves by Donald Trump's administration in recent years, including recognising the disputed city of Jerusalem as Israel's capital and recognising Israeli sovereignty over the Golan Heights, seized from Syria in the Six-Day War of 1967.

Watch: Reversal of US on it's long standing policy on Israeli settlements

More than 600,000 Israelis live in settlements in East Jerusalem and the West Bank, alongside more than three million Palestinians.

The statement puts the United States at odds with virtually the whole of the rest of the international community and breaks with UN Security Council resolutions declaring the settlements to be illegal as they are built on occupied land.

The Arab League criticised the announcement Tuesday, calling it an "extremely adverse development."

The only two Arab states to have signed peace treaties with Israel Egypt and Jordan both sharply criticised the US change of policy, with Jordanian Foreign Minister Ayman Safadi warning of its "dangerous consequences".

The direct impact on the ground may be limited but analysts say it will further embolden the settlement movement and may fend off potential legal moves against Israel.

The Palestinian Authority which considers the US biased and has rejected the Trump administration as a mediator if peace talks are ever revived denounced the latest decision.

Chief negotiator Saeb Erekat said the Palestinians would take a series of measures to oppose the move.

"We began deliberations in the UN to present a draft resolution in the Security Council," he said Tuesday.

"We expect a (US) veto but we will do it. Let the United States veto international law.

"We are going to the (UN) General Assembly and we will ask. the International Criminal Court to open an official judicial investigation with Israeli officials concerning settlements."

The US change of policy was widely seen as an attempt to change the legal context for a series of suits and complaints against Israel.

The European Union’s top court last week ruled that EU countries must identify products made in Israeli settlements on their labels.

The International Criminal Court is expected to take key decisions on two cases against Israel in the coming weeks, including on whether Israeli settlements are a war crime according to international law.

Ofer Zalzberg, senior Middle East analyst with the International Crisis Group think tank, said the US was trying to weaken the legal pressure on its ally.

"The Trump administration is trying to unravel international consensus on this issue of the illegality of settlements," Zalzberg said.

"It adds to a deepening politicisation of international law, making it appear to be malleable to political opinions."

Israeli settlers, who overwhelmingly form part of Netanyahu's right-wing constituency, said the US policy change paved the way for annexation of the settlements."We applaud the Trump administration for revealing the truth about the standing of Israeli communities in Judaea, Samaria and the Jordan Valley," the Yesha settlements council said.

"After the American recognition, we must move to the next stage applying sovereignty to Israeli settlements."

Erekat said it was only the latest move by the US to try and force the Palestinians to capitulate and give up their claims to an independent state.

"They wanted us on our knees and they used every trick internally, externally, regionally to put pressure on us. We stand tall and we will stand tall."