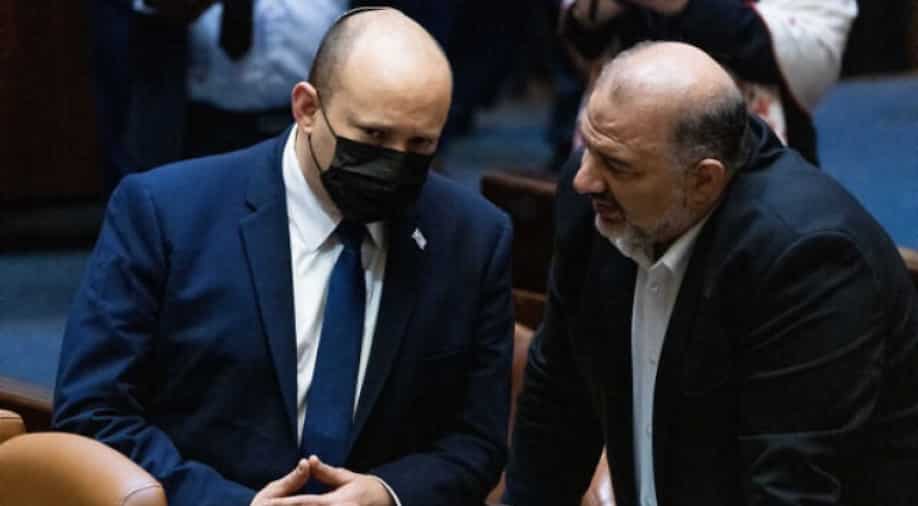 Following their meeting, Hamas leader Yahya Sinwar accused Ra’am of treachery as Abbas suggested that being part of the government will bring Israel and the Palestinians closer

Channel 13 News reported that the meeting was held to smooth out differences so that the Islamist Party ends its boycott of the coalition.

During a cabinet meeting, Bennett said ''Yesterday I heard the leader of Hamas in Gaza, Yahya Sinwar, call on Mansour Abbas to break up the government.''

''It is already clear to me at this stage that Hamas does not love this government; perhaps they miss the suitcases of dollars or they simply do not love the possibility of us all working together to improve the conditions of Israel's Arab citizens,'' he added.

After the Ra’am Party announced a two-week suspension of ties over the recent unrest at the Al-Aqsa Mosque, Israel's foreign minister Yair Lapid had also met Abbas.

The Times of Israel had reported that both Lapid and Abbas had agreed that the Ra'am Party will resume voting with the coalition after the Knesset recess ends on May 9.

Following their meeting, Hamas leader Yahya Sinwar accused Ra’am of treachery as Abbas suggested that being part of the government will bring Israel and the Palestinians closer.

Israeli President Isaac Herzog had also spoken with the Abbas and wished him a good Eid al-Fitr, marking the end of Ramadan, and expressing hopes for stability and peace going forward.

According to the Shin Bet intelligence agency, a Palestinian gunman had killed an Israeli guard at the entrance of a settlement in the occupied West Bank.

The attack came after a Palestinian was shot dead by Israeli forces in the northern West Bank village of Azzun as per the health ministry of Palestine.

The recent upsurge of violence between Israel and Palestine has triggered concerns that they may slide back to a wider conflict.