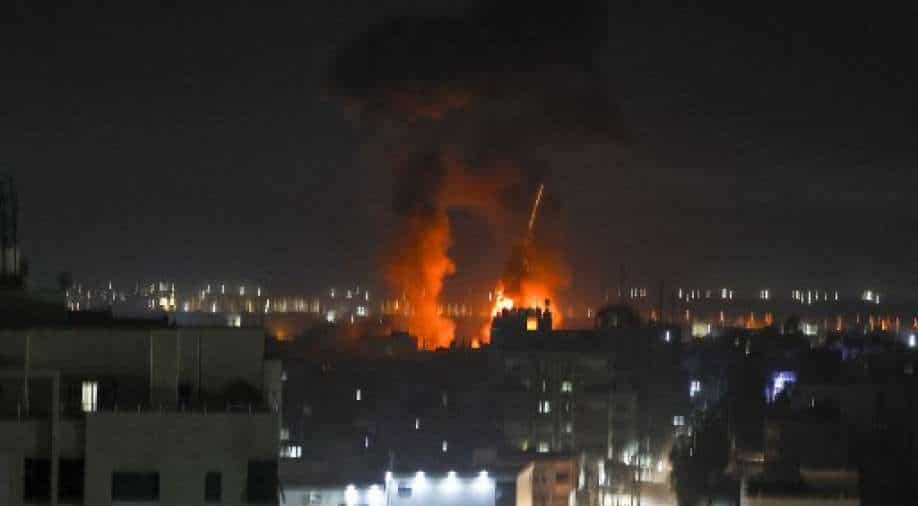 The statement by Israeli army did not confirm the fatality. However, it said that the troops had fired at a suspect who threw "a suspicious object that exploded on the soldiers", amid the unrest.

A Palestinian man was killed by Israeli gunfire in the West Bank on Saturday, July 3, in an incident Israel's army described as a "violent confrontation" between Palestinians and Jewish settlers.

The statement by Israeli army did not confirm the fatality. However, it said that the troops had fired at a suspect who threw "a suspicious object that exploded on the soldiers", amid the unrest.

As per the Palestinian health ministry, Mohammad Fareed Hasan, who was in his 20s, was killed in his village of Qusra near the city Nablus by Israeli gunfire, while two others were wounded.

"Hasan was standing on the rooftop of his home when he was shot dead," said a report on the official Wafa news agency.
Israel's army said, "a violent confrontation between tens of Palestinians and Israeli settlers developed adjacent to the village of

Qusra, south of Nablus, during which both sides hurled rocks at each other.

"Troops who were present at the scene operated to distance both sides from the area using riot dispersal means.

"During the activity, a suspect was identified throwing a suspicious object that exploded on the soldiers, who responded by firing at the threat," the statement added.

Eleven days of deadly fighting between Israel and Gaza's Hamas Islamist rulers, as well as other Palestinian armed groups based in the enclave, ended on May 21 with a ceasefire declaration. There was no immediate indication as to which Gaza-based group was responsible for the balloon launch.

The conflict has killed 260 Palestinians including some fighters, according to Gaza authorities. In Israel, 13 people were killed, including a soldier, by rockets fired from Gaza, the police and army said.

Israel has maintained a crippling blockade on Gaza since 2007. This is the year Hamas took power, which the Jewish state says is necessary to contain armed groups in the enclave.