Israel kills four gunmen linked to IS on Golan Heights 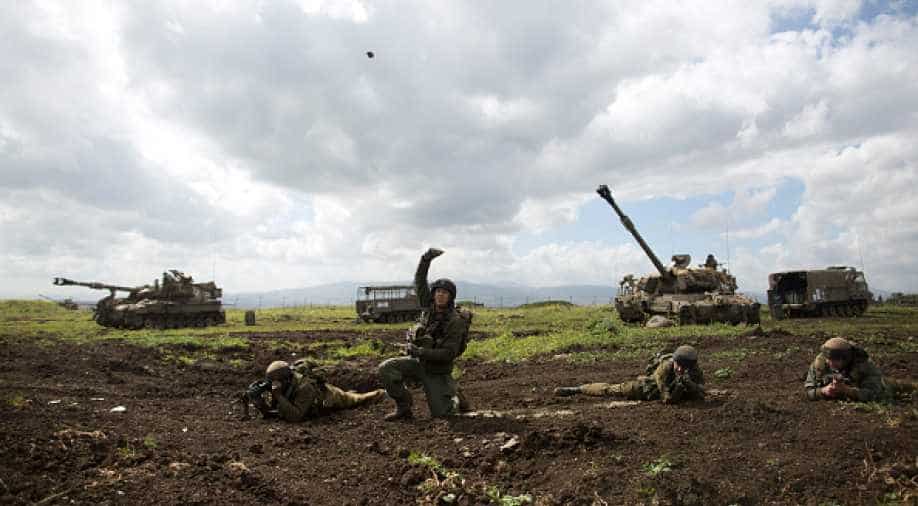 Israel has often responded to errant fire from the Syrian civil war, but exchanges of fire with gunmen on the Golan have been rare. (Representative image) Photograph:( Getty )

Israeli aircraft killed four Islamic State-linked gunmen on Sunday after they fired mortars and shot at troops patrolling along the occupied Golan Heights, the military said.

Israel has often responded to errant fire from the Syrian civil war, but exchanges of fire with gunmen on the Golan have been rare since the fighting began more than five years ago.

The militants fired at the Israeli soldiers, who were on the Israeli-controlled territory, from a vehicle driving along the Syrian side of the Golan, said Israeli military spokesman Lieutenant-Colonel Peter Lerner.

The troops fired back before Israeli aircraft struck.

"The air force intervened, targeted the vehicle the gunmen were in and hit and struck the vehicle, killing what seems as four terrorists," Lerner said. He added that the militants were from the Islamic State-affiliated Yarmouk Martyrs Brigades.

There was no immediate response from the Yarmouk Martyrs Brigade. The United States designated the group a terrorist entity in June for its activities and links to Islamic State.

The group first gained attention when they abducted 21 UN peacekeepers from the Philippines in a demilitarized zone between Syria and the Israeli-held part of the Golan. They released them in March 2013.

Israel captured the western Golan in the 1967 Middle East war and annexed it, a move not recognized internationally.