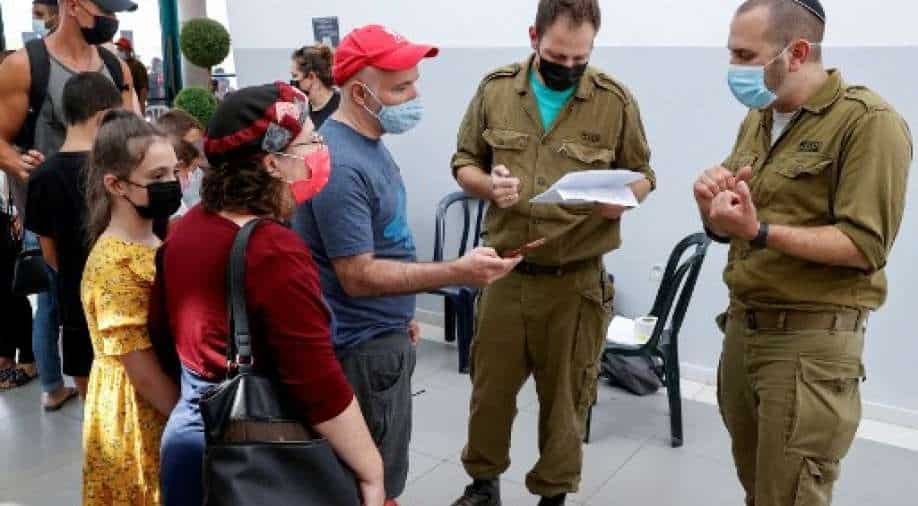 Israeli PM Naftali Bennett's Office said the country had beaten the fourth wave and 'is in an excellent situation' but added that 'we are not closing up shop'.

Israeli officials completed their COVID-19 "war games" named “Omega Exercise” which was conducted to prepare for the next deadlier variant of the virus.

The Israeli government said it was the "next war" as claimed that the report would be presented to world leaders next week. The new virus was strain was named "Omega" as officials conducted simulated exercises aimed at fighting the new virus.

PM Naftali Bennett ordered the border to be sealed while informing Gaza officials and the Palestinian Authority. The Israeli prime minister asserted that the "pandemic wargame" was not a secret and he wanted to share the information with other countries.

The Israeli prime minister said although the country had battled the Delta strain but deadlier strain could arrive. The exercise analysed the preparedness of various departments to handle the new crisis including hospitals, communication units and security agencies.

Bennett entered a nuclear bunker which was reportedly built to shield against an attack by Iran and missiles from Gaza. The exercise was designed to take place over a 10-week period in the December holidays with children being hospitalised.

The Israeli prime minister focussed efforts on being better prepared for the pandemic. The Prime Minister's Office said the country had beaten the fourth wave and "is in an excellent situation" but added that "we are not closing up shop". The PM's offices said the drill was the "first of its kind in the world".

The country had experienced a surge in coronavirus cases in August and September as it began its booster vaccine programme. Reports claim over 80 per cent of the population have taken both doses of the virus in Israel.