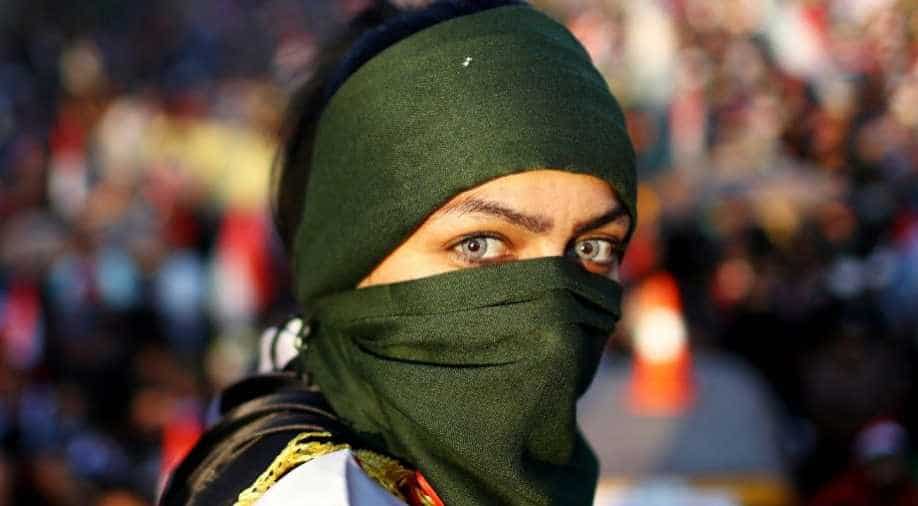 Iraq's top cleric warned foreign actors on Friday against interfering in his country's anti-government protests as they entered a second month despite pledges of reform and violence that has left over 250 dead.

They have even condemned the influence of the Hashed al-Shaabi paramilitary factions, who have descended into the streets of the capital and elsewhere to flex their muscles.

In his weekly sermon, top Shiite religious authority Grand Ayatollah Ali al-Sistani said Iraq must not be dragged "into the "abyss of infighting".

"No person or group, no side with a particular view, no regional or international actor may seize the will of the Iraqi people and impose its will on them," he said.

Sistani's remarks, which can usually make or break a government decision in Iraq, came a day after comments by Iran's supreme leader Ayatollah Ali Khamenei.

"I seize this opportunity to tell those who care about Iraq and Lebanon to remedy insecurity as their priority," Khamenei said, without elaborating.

Iraq has close but complicated ties with both Iran, its large eastern neighbour, and the United States, which opposes Tehran's influence in the region.

On Friday, US Secretary of State Mike Pompeo urged the Iraqi government to "listen to the legitimate demands made by the Iraqi people," saying an official probe last month into suppression of the protests "lacked sufficient credibility".

More than 250 people have died and 10,000 have been wounded in the past month as protests evolved into calls for the "downfall of the regime".

The movement is unique in Iraqi history because of its condemnation of the political and religious class wholesale.

"No one represents the people, not Iran, not the parties, not the clerics. We want to take back our country," said Ali Ghazi, 55, protesting in Baghdad on Thursday.

"You're all thieves. From 2003 until now, what have you done?" he said, referring to the year a US-led invasion toppled dictator Saddam Hussein.

Since then, Iraq's political system has been gripped by clientelism, corruption and sectarianism.

One in five Iraqis live below the poverty line and youth unemployment stands at 25 per cent, despite the vast oil wealth of OPEC's second-largest crude producer.

That inequality has been a rallying cry for protesters, who have occupied the capital's Tahrir Square and spilt onto adjacent bridges.

As night fell on Friday, skirmishes broke out between protesters and riot police deployed along the Al-Sinek bridge, leaving several apparently severely wounded, an AFP photographer there said.

Amnesty said they were being shot directly at protesters, piercing their heads and chests.

The violence in response to the protests has made them Iraq's deadliest grassroots movement for decades, with 157 dying in the first week-long outburst and another 100 losing their lives in the past week.

They have persisted despite a string of government proposals including hiring drives and social welfare plans.

Protesters are demanding nothing short of "the fall of the regime."

On Thursday night, President Barham Saleh vowed to hold early elections once a new voting law and electoral commission have been agreed.

He also said embattled Prime Minister Adel Abdel Mahdi was ready to step down once another candidate was found.

The kingmakers' alliance has frayed in recent months, as Sadr threw his weight behind the protests while Ameri and his allies backed the government.

A rapprochement built on Abdel Mahdi's ouster appeared close this week, but disagreements over a replacement and pressure by Iran seem to have caused a stalemate among parliamentary blocs.

Parliament has been meeting every day to pressure Abdel Mahdi to come in for questioning, but he has so far resisted.

Ameri hinted at the paralysis on Friday, saying Iraq's "parliamentary system has failed and is useless" and called for "fundamental constitutional amendments."

Fanar Haddad, an expert at Singapore University's Middle East Institute, said the political class appeared not to see that the protests presented "the most serious challenge to the post-2003 order".

"Promises of new election laws, or the formation of constitutional reform committees and so forth fall on deaf ears," he told AFP.

"They are seen as smokescreens with which the political classes are trying to save themselves and preserve their privileges," Fanar added.