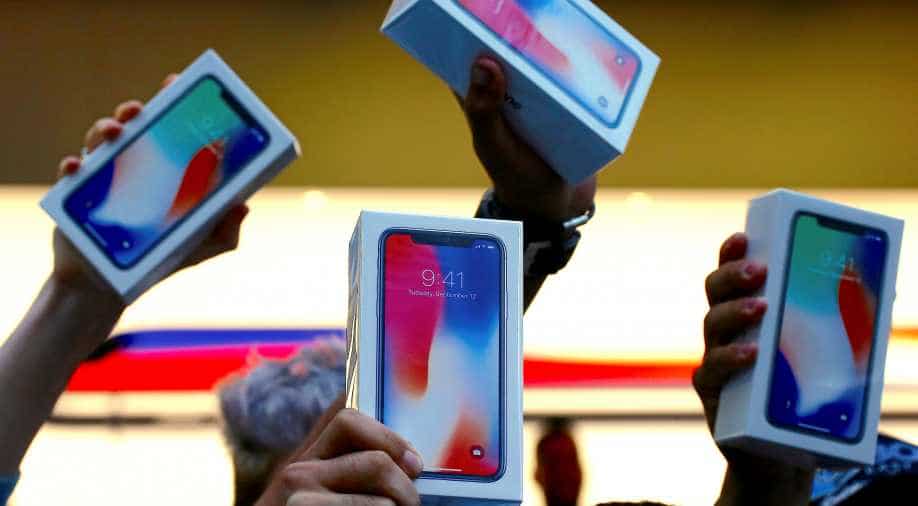 Despite the hefty price tag, iPhone X sold out within minutes of being made available for pre-bookings. Photograph:( Twitter )

The iPhone X is, the most expensive smartphone in the country. But despite the hefty price tag, demand for the iPhone X is high.

Apple's stellar earnings report came just as the iPhone X went on sale on Friday morning in several countries. Despite its hefty price, long lines of buyers were seen at Apple stores around the world from the Thursday night. Introducing the phone in September, Apple chief executive Tim Cook called the iPhone X "the biggest leap forward since the original iPhone." It has been launched to mark the tenth anniversary of the first iPhone.

iPhone X is here! A big thank-you to all our customers in Sydney, and everyone turning out around the world Friday! ?? pic.twitter.com/5NKXUnePLu

Apart from India, the iPhone is on sale in Australia, France, New Zealand, UK, US, and UAE and several other countries as well.

The premium iPhone X got sold out in minutes as people around the world lined up to get their hands on Apple's latest offering. The iPhone X is the most expensive smartphone from Apple. But gathering from the reaction of Twitter, users are liking the device, especially its camera and face recognition features.

Portrait Lighting on #iPhoneX front camera is one reason many might buy this phone pic.twitter.com/9UE2T5Vblc

What an #Ittefaq I got my #iPhoneX !!!! So excited!!!! pic.twitter.com/gTwjMEmtg2

In 2023, France will hold its biggest ever war exercises in face of 'mostly assymetrical warfare'

Rupert Murdoch to not support Donald Trump in 2024 US presidential run: Report