In April, vaccine will be available to entire population except New York, says Trump while hitting out at Governor Cuomo 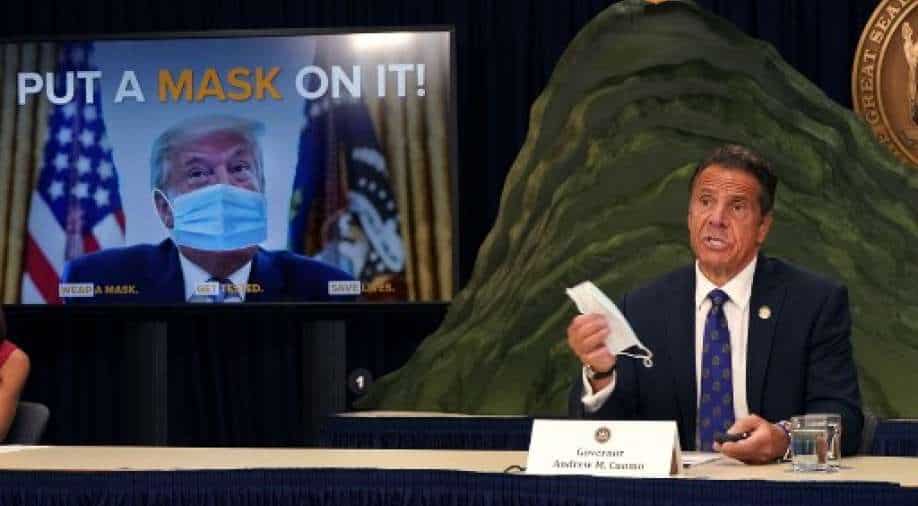 Governor Cuomo hit back saying it was "personal" with the president.

As New York grapples with the virus, President Trump said that "as soon as April the vaccine will be available to the entire general population with the exception of places like New York State".

I LOVE NEW YORK! As everyone knows, the Trump Administration has produced a great and safe VACCINE far ahead of schedule. Another Administration would have taken five years. The problem is, @NYGovCuomo said that he will delay using it, and other states WANT IT NOW...

President Trump's comments come even as America's financial hub announced the closure of bars after 10pm to fend off a second wave of the virus. On governor Cuomo's orders, all establishments have been ordered not to sell alcohol after 10pm.

"For political reasons, the governor decided to say, and I don’t think it’s good from a political standpoint, but he wants to take his time with the vaccine,” Trump said adding,"We won’t be delivering it to New York until we have authorization to do so, and that pains me to say that. This is a very successful, amazing vaccine and 90% and more. But, so, Governor Cuomo will have to let us know what he’s ready for it.”

....We cannot waste time and can only give to those states that will use the Vaccine immediately. Therefore the New York delay. Many lives to be saved, but we are ready when they are. Stop playing politics!

New York City Mayor Bill de Blasio had earlier warned that schools could once again be moved online. New York has already lost 34,000 people due to the virus.

“He doesn’t trust the fact that it’s this White House, this administration, so we won’t be delivering to New York until we have authorization to do so,” Trump asserted, adding further,"we can’t be delivering it to a state that won’t be giving it to its people immediately.”

Governor Cuomo hit back saying it was "personal" with the president. The New York governor has appointed a panel to examine the vaccine before it is given to the public.