In a first, same-sex penguins become foster parents in US zoo. Find out how 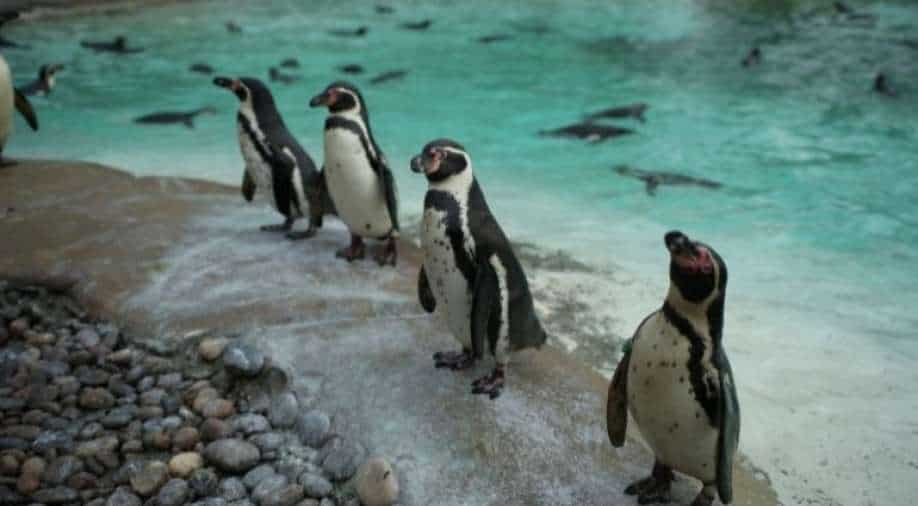 A pair of male Humboldt penguins have become foster parents to a new hatchling Photograph:( Reuters )

The couple, Elmer and Lima, watched over an egg, which came from a pair of breeding penguins having a tendency of inadvertently breaking fertilised eggs. On New Year’s Day, they were successful when the chick hatched

For the first time, a pair of male Humboldt penguins has become foster parents to a new hatchling at a zoo in New York, the United States.

Although this same-sex foster couple is a first for the zoo, many other institutions have witnessed success with such penguins tending to eggs together and caring for newborns, said the Rosamond Gifford Zoo in Syracuse.

The couple, Elmer and Lima, watched over an egg, which came from a pair of breeding penguins having a tendency of inadvertently breaking fertilised eggs, said zoo officials.

On New Year’s Day, they were successful when the chick hatched.

🐧🌈🐧 We have some very exciting news! The first chick to be fostered by a pair of same-sex penguins at the Rosamond Gifford Zoo hatched on January 1! Read the full news release here: https://t.co/NuVJMtLDde #Syracusezoo pic.twitter.com/nfbfiYL08p

Ted Fox, director, zoo, said that not all penguin pairs are good at incubating eggs, but “Elmer and Lima were exemplary in every aspect of egg care.”

“It continues to be brooded and cared for by both Elmer and Lima, who are doing a great job. And once they have experience doing this and continue to do it well, they will be considered to foster future eggs,” Fox said.

During the current breeding season, the pair was first tested by putting a dummy egg in the nest they had built together last fall, the experts said.

When they passed the test, the officials replaced the dummy egg with a real one. The duo took turns to incubate the egg until the chick hatched, Fox said.