In a breakthrough, Arab Israelis turn out to vote 'in droves' 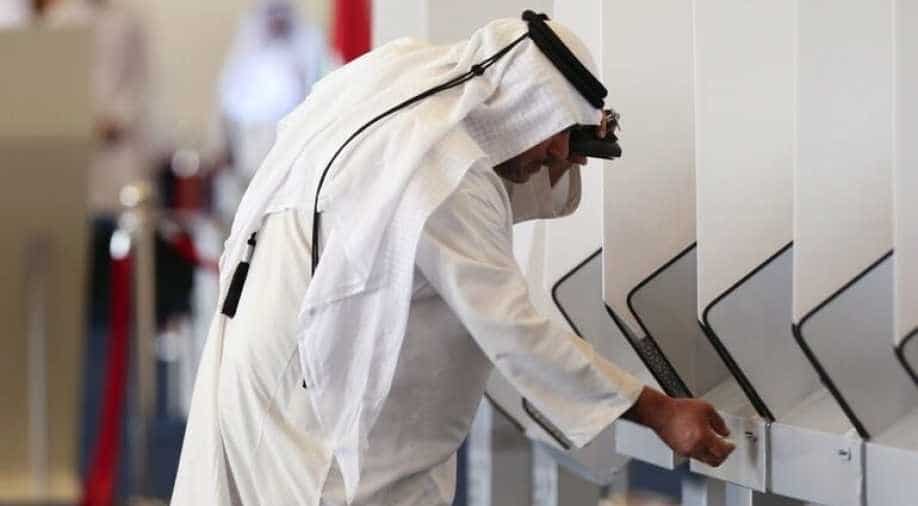 Arab Israelis are Palestinians that remained on their land after the creation of Israel in 1948.

Samir Farig had never thought of voting for Israel's Arab political parties before, but he did it this week, joining a wave of support that helped deliver a breakthrough.

"This time I decided to vote only for Arab parties. Why? Because I think that they should be (the ones) representing me", said Farig.

An Arab citizen of Israel like most people in the town of Kufr Qassem in central Israel, the 54-year-old was a lifelong supporter of the Israeli Labour Party, dominated by the country's Jewish majority.

But he said that he was fed up with Israel's Arab population being the target of constant scorn by the Jewish right.

He saw Tuesday's elections as an opportunity to help oust right-wing Prime Minister Benjamin Netanyahu, so he switched his vote.

He was part of a surge that, according to results so far, show Arab parties running together under the Joint List alliance with 13 seats in parliament - the third-largest bloc.

"We are living in Israel, we pay all the taxes and we do everything that they ask of us. But getting our rights depends on the rules that he decides", he said, speaking of Netanyahu.

"The Jews, even those on the left, are far from (having) the problems of the Arabs today."

Arab Israelis are Palestinians that remained on their land after the creation of Israel in 1948.

Their number stands at around 1.8 million, making up  20 per cent of the population, but they complain of discrimination in the Jewish majority state.

The increased turnout of Arab Israelis and the improved performance of their political parties was a major trend in Tuesday's do-over election, just five months after an indecisive April vote.

In many Arab towns, turnout jumped more than 10 percentage points compared to April due to a combination of improved organisation and opposition to Netanyahu.

In April's election, the four main Arab parties, which range from Communists to Islamists with many variations in-between, split into two groupings, dividing the vote.

The two groupings won only 10 seats in the 120-seat Israeli Parliament.

For Tuesday, they revived the 2015 Joint List under the slogan "More votes, more impact", led by Ayman Odeh, who says he wants a party for both Arabs and Jews and supports a two-state solution to the Israeli-Palestinian conflict.

Depending on the make-up of the next government, Odeh has a realistic chance to become the country's opposition leader.

In Nazareth, the largest Arab city in Israel, turnout was up by 15 per cent to 55 per cent compared to April.

The Joint List received 91 per cent of that vote -- up from 83 per cent for the two groupings six months ago.

Diana Buttu, a Palestinian political analyst, said the Arab parties had learned a lesson from the bad organisation and division of April's election.

Dislike of Netanyahu and fear of his right-wing policies served as an important motivating factor.

The longtime leader has been accused of trying to suppress Arab turnout and last year passed a controversial law declaring Israel the nation-state of the Jewish people, in part downgrading the status of Arabic as an official language.

During the 2015 election, he controversially tried to scare his supporters out to the polls by saying Arabs were voting "in droves."

In a taunting reply late Tuesday, Arab Israeli MP Ahmed Tibi tweeted that they had indeed voted "in droves".

Issa, 50, who did not want to give his full name, said that he had been motivated by his dislike of Netanyahu.

"I don’t like the Arab parties. I voted for them to make them strong but they haven’t done anything for us," he said.

"The most important thing is to get Bibi out,” he added, using the common nickname for Netanyahu.

Even after the elections led to another stalemate on Tuesday, raising the possibility of a coalition government. However, Netanyahu warned about including any Arab parties in a potential coalition, saying they "praise bloodthirsty terrorists who murder our soldiers, citizens and children".

In Nazareth, young political activist Fadi Zoabi had helped run a campaign to get voters out.

"They organised cars to take people to the polls", the 21-year-old said.

"The unity of the list is what made people vote more... In the Middle East there is no list that combines communists, nationalists and Islamists", he added.

He was hoping that the gains would lead to cancelling the nation-state law, as well as more economic support for Arab communities.

"The day of the elections is the only day when my voice has the same value as a Jewish Israeli", he said.