I am just trying to raise my mother's case on the international stage, says Uighur-American activist on his mother's plight in detention 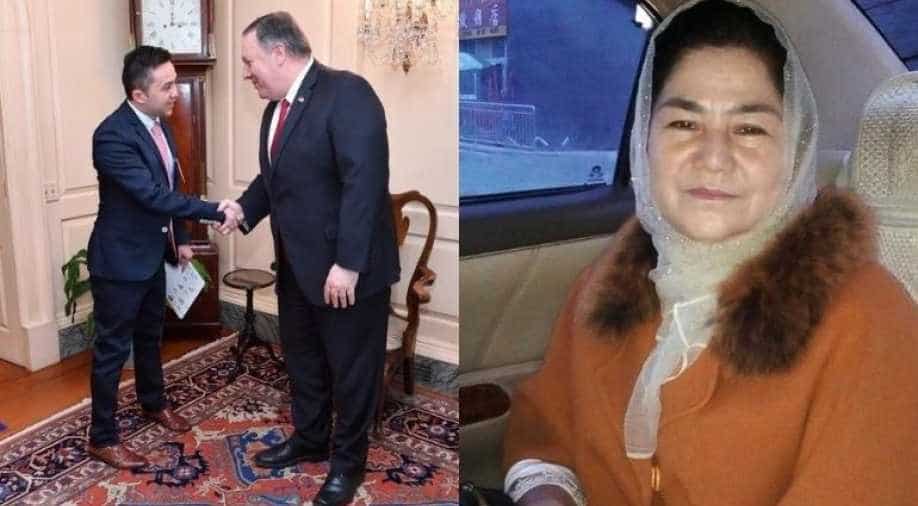 Ferkat Jawdat, a Uighur-American software engineer has been trying to get his mother out of China after she was sent to a concentration camp. The Chinese authorities have denied her a passport.

In 2018, she was sent to one of China’s vast network of concentration camps. After failing to receive any news about her condition, Ferkat started speaking out starting in 2018 to raise awareness about his mother and other Uighurs in the Chinese camps. After spending more than 15 months in multiple camps and three months in a Chinese prison, Minaiwaier Tuersun was released in May last year but lives under constant government control. The Chinese government claims she was never detained, however, it asked her to write about her “good” experience in the so-called re-education camps after “being educated”.

Excerpts from the interview with Ferkat Jawdat:

WION: Please tell us about your family especially about your mother's plight in China...

Ferkat Jawdat: My father came to the United States in 2006. I and other siblings came in 2011. Since 2006, we have been trying to get my mother a Chinese passport so that she can come to the US and reunite with us but the Chinese government has denied her visa for various reasons.

In the beginning, they said that my father has to go back to China to talk but we couldn't go. I talked with my mother every single day. We tried all legal ways to get her the Chinese passport but failed.

The Chinese government did not give her the passport. These concentration camps started in early 2017, the first time my mom was detained was in November 2017, she was then released after 22 days. So she became quiet and scared and said a couple of times that she cannot talk to us as she was really sad and upset.

WION: Where is your mother now? How were you able to be in touch with her since 2011 after you arrived in the US?

Ferkat Jawdat: My mother is in an old house in Ghulja or Yining in China living by herself. We missed all the normal communication and after days she called me (video calls) but didn't say anything and kept crying without saying a word.

We know that all communication was being monitored by the government or the police officials. From time to time she used to make video calls and sit quietly. We can see the fear and anxiety in her eyes.

She said that she doesn't know when she can come back which was 15 months ago when I received a call from her. In March 2018, five people from my family were sent to the camps. We had to wait and stayed quiet or else they would have been in more danger.

WION: There are many Muslim countries who have stayed silent over atrocities on Uighurs. What is your opinion? How do you think this issue needs to be addressed by them?

Ferkat Jawdat: Many Muslim countries and even the OIC chose to stay silent. The mosques are being destroyed. People are being sent to camps because they are wearing hijabs or have a beard.

One main reason is the "economic ties" these countries have with China.

The Chinese government after they started the Belt and Road Initiative(BRI) invested heavily in those Muslim majority countries and so they owe a lot of money to the Chinese government, also China is the second-largest superpower in the world, so they can't pressure them and the third main reason is the lack of information especially in the beginning when those camps started in 2017, they only showed what they wanted people to see like they invited reporters from other countries and just showed their happy lives but behind the scenes there are alarming things happening.

WION: You obviously demand independence and freedom for your mother but how is it possible? What steps do you think should be taken since millions are believed to be in concentration/internment camps...

Ferkat Jawdat: When I was in China, I saw the difference in treatment between Uighurs/ Kazakhs. We are not being treated as normal human beings, not even as an animal. I don't think Uighurs can live with Chinese people. It's a complete genocide.

I don't even call myself an activist or a separatist. I am just trying to raise my mother's case on the international stage. My mother is one of the 3 million people who has got detained. I just want to share my story highlighting my mother's case.

Currently, because of COVID-19, the Chinese government has put strict lockdown restrictions in the whole region. The internet has been cut off since last November at her house.

Then her cellular data was cut off in February as well, so I can talk to her only through the phone. I cannot make video calls. I am still hoping that she will get a passport one day. They are using the passport as a bait to make me stop.