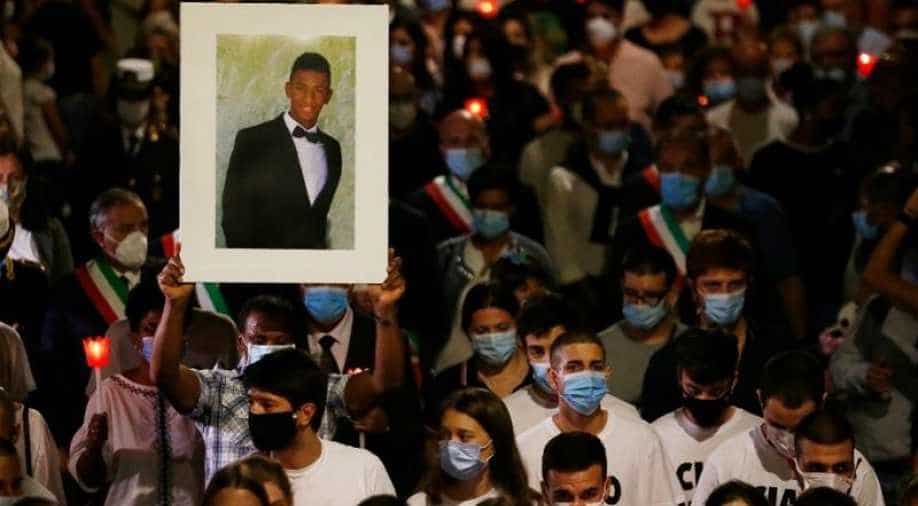 Procession in Italy in memory of Monteiro Duarte Photograph:( WION )

Willy Monteiro Duarte, 21, was killed during a fight in Colleferro, a city on the outskirts of Rome, early September 6.

The brutal beating death of a young Black man has shaken up the entire Italy, as hundreds of people joined his funeral procession on Saturday.

Willy Monteiro Duarte, 21, was killed during a fight in Colleferro, a city on the outskirts of Rome, early September 6. Four Italians have been arrested, including two brothers with police records and a martial arts background.

There is, however, no evidence that say the slaying was racially motivated.

Italian news reports say Duarte intervened while seeing a friend get beaten up in the fight and was then fatally beaten himself.

This came in the aftermath of the May 25 killing of George Floyd, another Black man, in Minneapolis, US due to police brutality. The episode triggered mass protests not only in the US but also across various parts of the world.

Duarte's funeral procession featured hundreds of people, most wearing white shirts and face masks, walking toward the sports stadium where he was being honoured.