Hundreds of Cubans stranded after US repeals open door policy 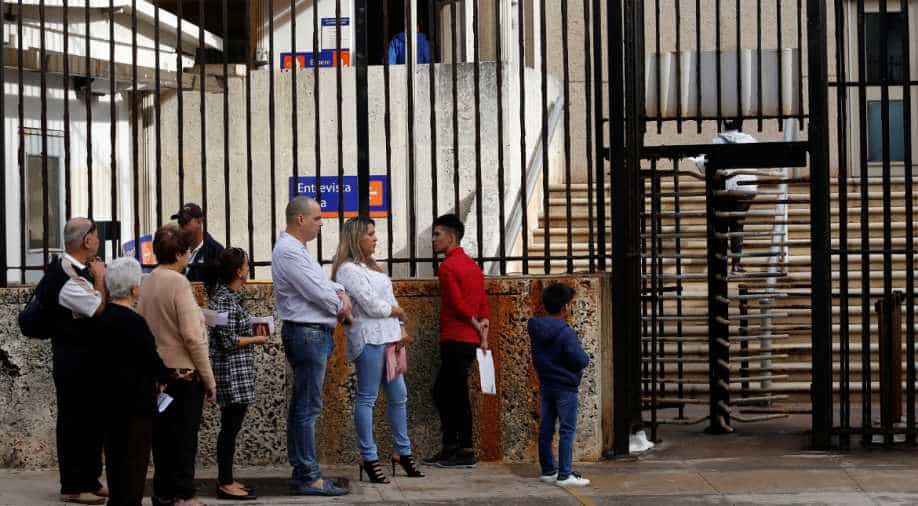 (In picture) People wait to enter US embassy in Havana. Last minute agreements were unveiled to try and prevent Trump from reversing the 2014 detente with Cuba, one of Obama's flagship policies. Photograph:( Reuters )

Hundreds of Cubans were stranded in Central America and Mexico on Friday after US revoked the "wet foot, dry foot" policy.

US President Barack Obama ended the five decade policy which allowed Cuban migrants to acquire residency after a year of living in the US.

Cuban officials have for long called to end the policy, arguing it would discourage human trafficking and people risking their life to enter the US.

However, Cubans who aspired for the American dream and sold their houses and gave up their possessions are left stranded.

Jose Enrique Manreza, sold his house and possessions in Havana and travelled by plane, bus and foot through the rain forests of French Guiana, Colombia and Panama, said he had spent about $10,000 on the journey.

"Imagine how I feel, after I spent six days and six nights running through rivers and jungles in the humidity," said Manreza.

In Honduras, some 75 Cubans are waiting to travel to Mexico and in Panama, another 75 have assembled at Caritas shelter in the capital.

She said she was worried she would be mistreated or not given work by Cuban authorities if she went back home.

The last minute policy shift was introduced to try and prevent Trump from reversing the 2014 detente with Cuba.

Trump had said he will repeal Obama's Cuba policy unless the Cuba presented a better deal.