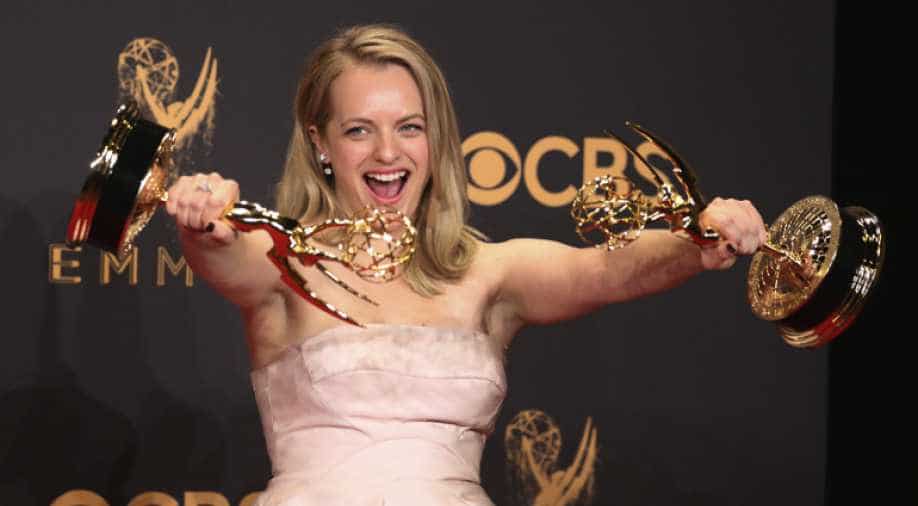 "Handmaid's Tale" already has drawn more new subscribers to Hulu than any other original or acquired show, Hulu said at a Television Critics Association event in July.

Overall, longtime Emmy heavyweight HBO won the most awards with 29 wins, even without its mega-hit "Game of Thrones." The reigning best drama winner was not eligible because it aired too late in the year for consideration.

"Thank you to HBO for never wavering in your belief in us," star Nicole Kidman said on stage as she accepted the award for best actress in a limited series. HBO is owned by Time Warner Inc.

The prestige and publicity surrounding the Emmys can help networks attract new viewers in a crowded TV marketplace where broadcasters, cable channels and digital platforms are battling for audiences.

"Handmaid's Tale" already has drawn more new subscribers to Hulu than any other original or acquired show, Hulu said at a Television Critics Association event in July.

Its creators said Hulu reaped the rewards by taking on a risky proposal.

"There were so many times I presented something or pitched something," Miller told reporters backstage, "and I was sure they were going to say there was no way you can do that on television."

"They were always enthusiastic and encouraging," he added. "It's not an easy show to make. It's rough stuff. They were brave and committed to making the book into a television show."

Netflix won 20 Emmys including best-supporting drama actor for John Lithgow in "The Crown" and best comedy writing "Master of None."