How a mysterious wave rumbled across the world in November unnoticed 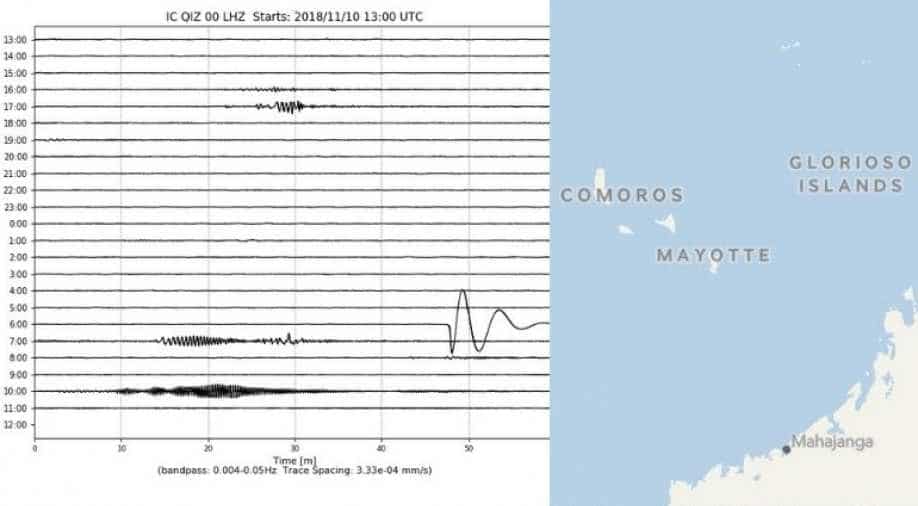 In the Mayotte island, no underwater activity was taking place nor was any military operation being carried out

A slow rumbling wave moved across the world on November 11th travelling through Africa, Chile, New Zealand, Canada covering a distance of nearly 11,000 miles but it went unrecorded as no one in the world felt it, according to National Geographic.

Except one man - earthquake enthusiast with a twitter handle @matarikipax who posted the weird zig-zag waves on the social media channel. No one has been able to accurately define the source of the waves.

The Internet has been speculating incessantly since the phenomena was first reported that it could be a meteor strike, an underwater volcano eruption and bizarrely a sea monster travelling through the waters secretly.

Researchers, however, are looking into the strange wave and have picked up a few clues. Some said the wave was likely triggered due to a "slow earthquake" which takes several hours or even days to culminate.

The "odd and unusual seismic signal" reportedly originated off the French island of Mayotte and travelled through Africa, Americas(Canada and Hawaii) including Chile. Seismologists agree it was definitely not a "wave train" which gets triggered when an earthquake hits sending high frequencies which gets automatically picked up by tracking machines.

Interestingly, in the Mayotte island, no underwater activity was taking place nor was any military operation being carried out, although National Geographic in its report said several earthquakes were recorded in the region but it had receded in recent months. There were no earthquakes reported off the island on November 11th.

Geologists and seismologists have been at pains to explain the seismic phenomena, although scientists have noticed that the island has slid a few inches since July, although it could be a case of Magma shifting but the slow wave phenomena has everyone stumped.

The French Geological Survey (BRGM) is looking into the new, almost "magical" phenomena which slipped by unnoticed with no "scientific explanation" on offer. Some said this is just how it is - unexplained.