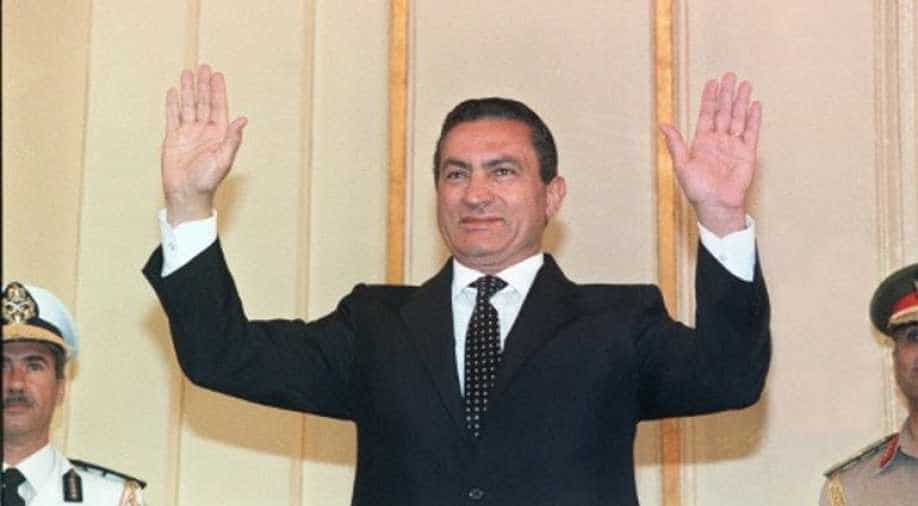 A modern-day Pharoah and a symbol of absolute authority, Mubarak was Egypt's longest-serving president.

Former Egyptian president Hosni Mubarak who ruled the country for 30 years has died at the age of 91. Egypt's presidency and the armed forces are mourning him as a hero but Hosni Mubarak was a leader who's era was largely marked by repression.

He leaves behind a legacy of unfulfilled democratic aspirations of millions of Egyptians. A modern-day Pharaoh and a symbol of absolute authority, Mubarak was Egypt's longest-serving president.

He was a leader who ruled Egypt with an iron fist. His story was Egypt's story for 30 years.

A vice-president at that time, Mubarak found himself unexpectedly thrust into leadership.

What followed were 30 years of a state of emergency but his years in office were also marked by an improvement in Egypt's relations with the rest of the world.

Successive US administrations showered him with billions of dollars in military aid.

For the West, he was a defence wall against regional terrorism and the key driver of peace with Israel.

The world began to see him as a draconian but business-like leader who could be trusted to maintain peace.

For years his foreign policy found many takers but his domestic record was not as successful.

He refused to lift a martial law decree in force since Sadat's assassination. A decree which allowed the government to crack down on political expression.

His authoritarian rule led to unemployment, poverty and resentment against him.

There were years of economic mismanagement. Egypt's inflation rate crossed 20 per cent by 2008.

The country's GDP in 2009 was same as it was a decade ago. Mubarak's edifice of power and mismanagement was ultimately brought down by a wave of popular unrest in the Arab world.

The 2011 Arab Spring revolution consigned him to history at the centre of this revolution was cairo's Tahrir Square.

The revolution succeeded as after 18 days of protest, Mubarak finally stepped down.

Nine years down the line, in Mubarak's death, Egyptians see the failings of the Arab Spring.

The soaring hopes for democracy after Mubarak's ouster have been lost under the current regime.

The "Pharaoh" leaves his legacy behind in President Abdel Fatah el-Sisi's iron-fisted rule.