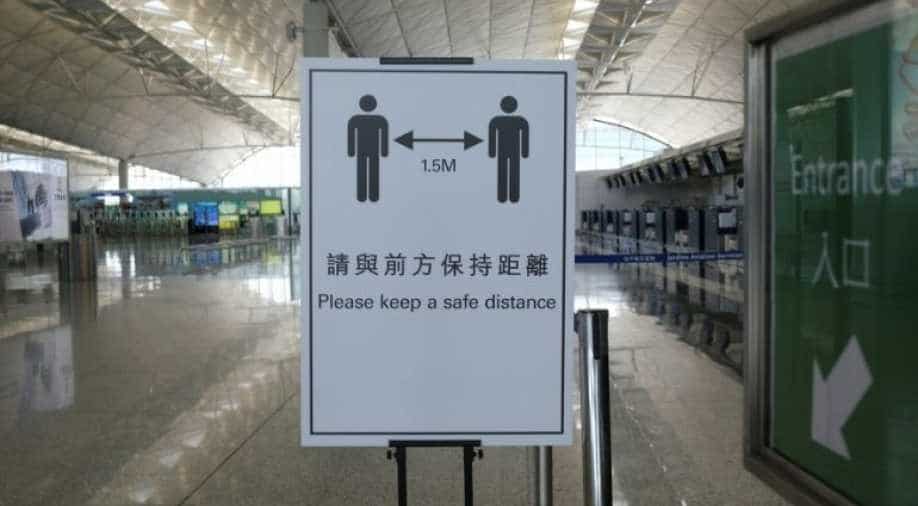 Hong Kong will impose strict new social distancing measures from midnight Tuesday, the most stringent in the Asian financial hub since the coronavirus broke out, as authorities warn the risk of a large-scale outbreak is extremely high.

The measures dictate that face masks will be mandatory for people using public transport and restaurants will no longer provide dine in services and only offer takeaway after 6 pm.

Both are new rules that were not implemented during the city's first and second coronavirus waves earlier this year. If a person does not wear a mask on public transport, they face a fine of HK$5,000 ($645).

Chief Executive Carrie Lam said on Monday the government would limit group gatherings to four people from 50 - a measure last seen during a second wave in March.

Twelve types of establishments including gyms and places of amusement must shut for a week.

"The recent emergence of local cases of unknown infection source indicates the existence of sustained silent transmission in the community," the government said in a statement late on Monday.

The Chinese-ruled city recorded 52 new cases of coronavirus on Monday, including 41 that were locally transmitted, health authorities said. Since late January, Hong Kong has reported 1,522 cases and local media reported an eighth death on Monday.

The government said it is very concerned about the high number of imported cases and planned to impose further measures on travellers from high-risk places, including securing mandatory negative test results before arrival.

Lam said the measures were the result of a three-way tug of war between considerations related to public health, economic impact and social acceptability and that the city may need to co-exist with the virus for a period of time.

More than 13.02 million people have been reported to be infected by the novel coronavirus globally and 569,336​ have died, according to a Reuters tally.

Infections have been reported in more than 210 countries and territories since the first cases were identified in China in December 2019.