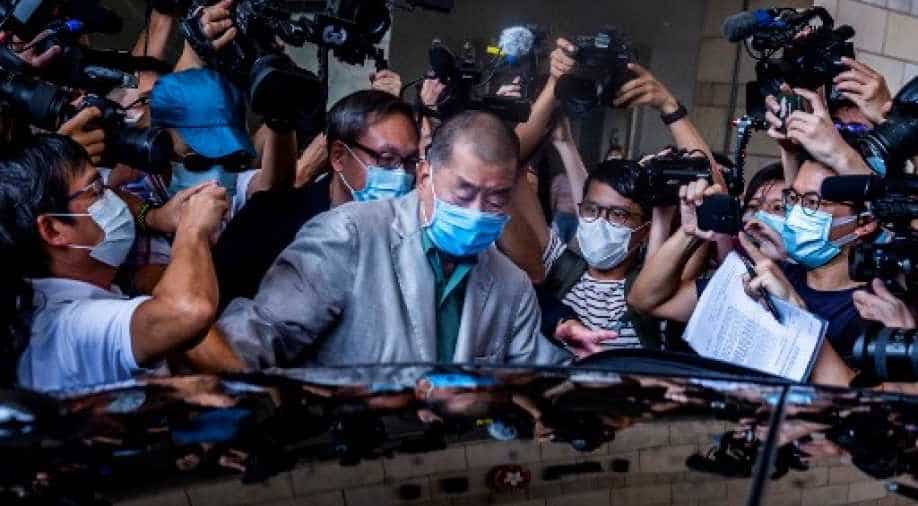 Lai is the owner of Apple Daily which is Hong Kong's most popular tabloid.

Lai, 71, was earlier arrested in August under the national security law which was imposed by China in June.

"The police didn't even wait for the lawyer to come before they took things away, so that's not rule of law," Lai said.

The officials reportedly left before lawyers arrived on the scene. "They just wanted to get something to go against me," Lai said.

Lai is the owner of Apple Daily which is Hong Kong's most popular tabloid. Hong Kong police had earlier arrested Lai over suspicion of "colluding" with foreign forces under the national security law as police searched his tabloid office.

The charges against Lai included "incitement to secession", "collusion with foreign forces" and "terrorism acts".

Last month Lai had appeared in West Kowloon Magistrates' Court along with several high profile campaigners over a banned vigil to mark the Tiananmen Square crackdown.