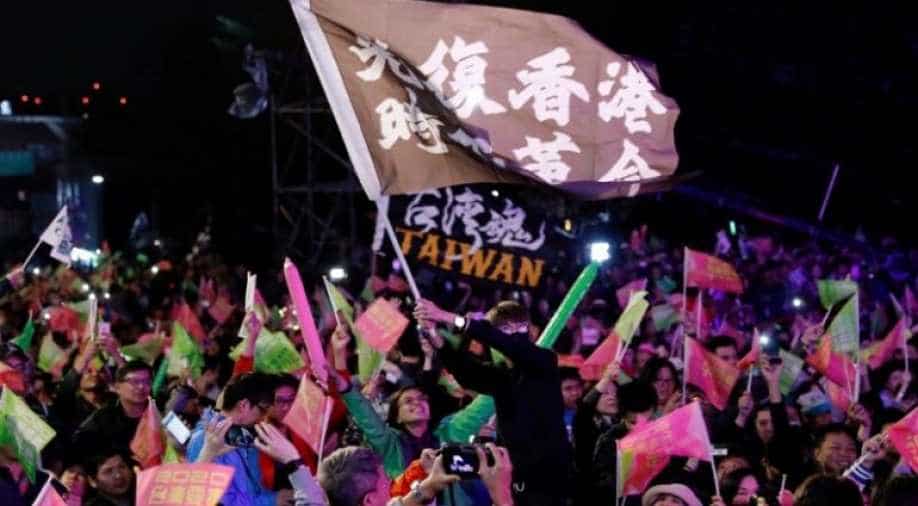 Violence erupted when police ordered the protesters to disperse from city's commercial district.

Several policemen were beaten bloody by pro-democracy protesters in a rally demanding greater democratic freedoms in Hong Kong on Sunday.

Violence erupted when police ordered the protesters to disperse from city's commercial district.

Also read: Over 1,000 gather in central Hong Kong park to call for democracy

A group of officers who were negotiating with the rallly organisers were beaten with umbrellas by masked protesters, reported AFP.

Also read: Will work with new Chinese envoy to get back on 'right path': Hong Kong's Carrie Lam

In a statement, police said that two community liaison officers were beaten with wooden sticks and sustained head injuries. Police also said that some demonstrators also threw water bottles at some other cops who were carrying a 'stop and search' operation.

Riot police swept into the area and fired tear gas to disperse the gathering.

Multiple people were arrested. One protester was also badly injured, with blood streaming from the back of his head.

Protesters key demand is an independent inquiry into the police handling the protests. They are also demanding free elections.

Hong Kong leader Carrie Lam and China have refused to give more concessions.

The protests are continuing in Hong Kong for seven months and were first triggered by a now-abandoned proposal to allow extraditions to China. Soon after, the movement started demanding greater democratic freedom and is seen as one of the toughest challenge to China since 1997 when the region was handed over to China.