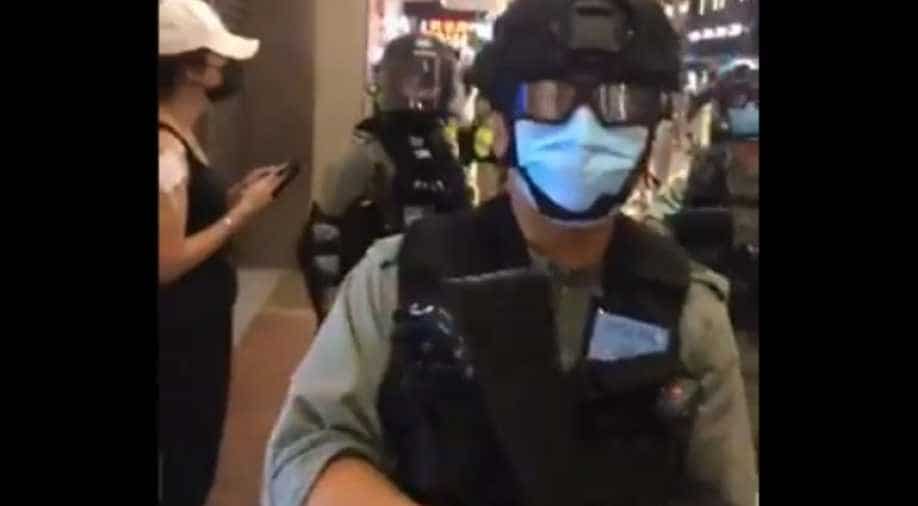 The Hong Kong police reprimanded the police officer and reminded him to present himself professionally, especially when on-duty.

People all over the world are calling out racists and joining demonstrations to lend support to the minority groups, especially the African-American community.

However, the Hong Kong government is taking strict actions against any official who is seen participating or lending voice in such demonstrations.

In such a protest, a Hong Kong police officer chanted "Black lives matter" and "I can't breathe".

A crowd had gathered in Yau Ma Tei on Friday night as part of protests being carried out across the city to mark the first anniversary of tear gas being fired during an anti-government demonstration against the then proposed extradition bill.

The police officer was recorded saying "Black lives matter" and "I can't breathe" three times each in a 20-second clip. The video showed the officer apparently using a sarcastic tone while his colleagues were sealing the area, and dispersing he gathered crowd.

As the video surfaced online and on local news channels, the Hong Kong police reprimanded the police officer and reminded him to present himself professionally, especially when on-duty.

"Police are aware of that video clip. Management of the force is concerned and is of the view that the language used by the frontline police officer on June 12 was not relevant to his duties at the scene," a police spokesperson was quoted as saying.

"The officer has been rebuked and reminded to always present himself professionally and enhance his sensitivity," she added.