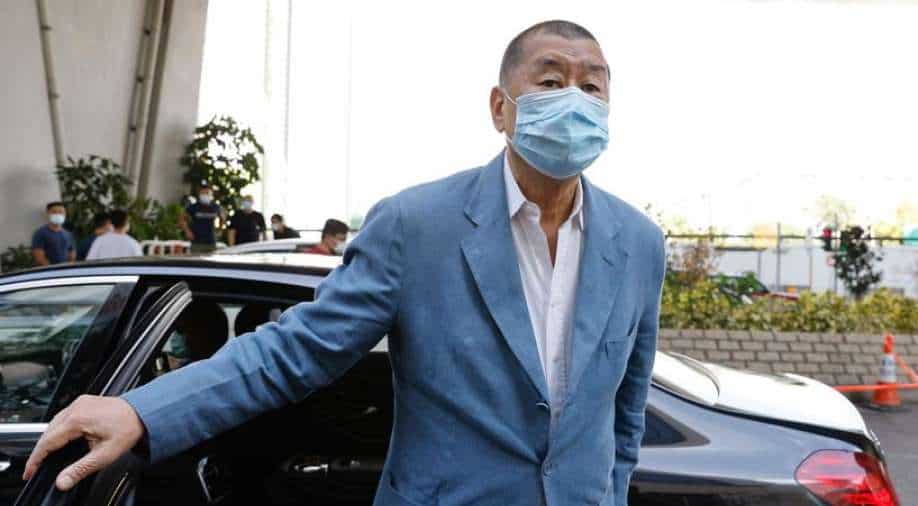 Lai, along with a few other activists was held for taking part in an unauthorised assembly during the 2019 mass pro-democracy protests in the Chinese-ruled financial hub

Hong Kong authorities have frozen all assets of the pro-democracy activist and billionaire tycoon, Jimmy Lai a few weeks after he was sentenced to 12 months in prison.

Lai, along with a few other activists was held for taking part in an unauthorised assembly during the 2019 mass pro-democracy protests in the Chinese-ruled financial hub.

Along with all assets, the 73-year old’s shares in media houses such as Next Digital have also been forfeited and also "the property in the local bank accounts of three companies owned by him".

While many feared this ruling will bring a disruption in the city’s leading 'Apple Daily', which has often been looked up to as an upcoming pro-democracy institution. However, the organisation has dismissed these concerns.

Apple Daily claimed that the asset freeze covered 7 per cent of billionaire’s shared in Next Daily, but "the group and Apple Daily's operation and financial assets will not be affected," Apple Daily said in a statement.

This has come at a time when China has unveiled the new policy of "patriots rule Hong Kong" under which every individual standing for office will first be politically vetted and reduce the number of directly elected seats in the legislature to a small minority.