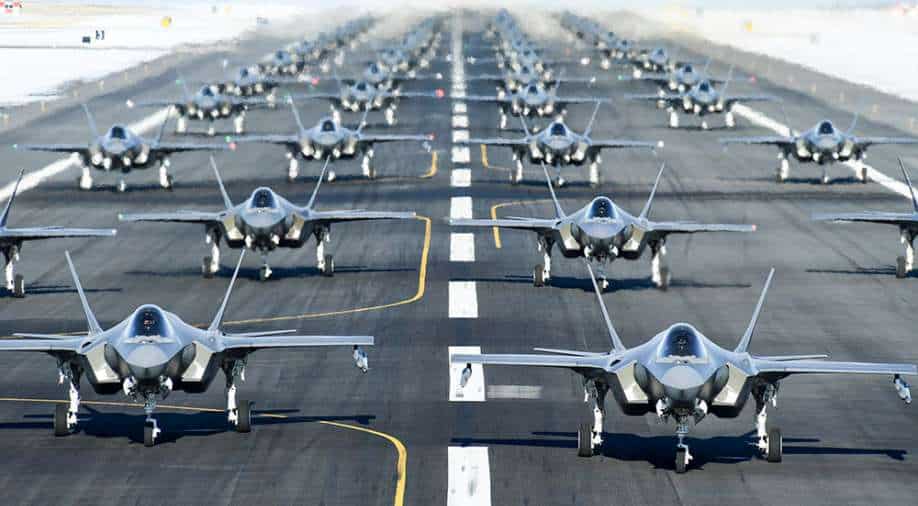 US air base Photograph:( Reuters )

The unauthorised intruder at Joint Base Andrews made his way onto a C-40 transport plane on the tarmac, but did not get close to Air Force One or the secretary of defense's dedicated Boeing 747s.

A homeless man spent five hours last month freely roaming the US military base where the president's plane is kept, after easily passing through several layers of security.

The Air Force Thursday admitted to their folly.

The unauthorised intruder at Joint Base Andrews made his way onto a C-40 transport plane on the tarmac, but did not get close to Air Force One or the secretary of defense's dedicated Boeing 747s, the Air Force inspector general said in a report on the February 4 incident.

The base, just south of Washington, is where the president, defense secretary, and other top officials fly from for official business. It is also the arrival point for visiting VIPs like foreign heads of state.

The unidentified man was able to drive onto the base, despite the tight security, and spend five hours there at a food court, in the VIP terminal, and elsewhere before he drew attention.

The otherwise heavily redacted report even detailed his unique appearance -- "On his head, he had a bright red or pink cap that partially covered his ears and had distinctive balls on top that looked a little like mouse ears," according to the  report.

The inspector general faulted first a guard at the main gate who, distracted by personal problems and obstructed by Covid-19 practices, let the man through despite his lack of valid credentials.

In a second failure, the man walked onto the tarmac due to a malfunctioning automatic gate.

In a third breach, he boarded the C-40, seen but ignored by two aircrew undergoing training.

After he got off the aircraft he returned to the terminal where his suspicious behaviour finally drew attention. Security officers arrested him.

Authorities, however, assured the man never got close to Air Force One, parked at a distant location and protected by more intense layers of security.

The report concluded that the man was homeless, lived in his car, and despite an extensive arrest record showed no intent to do harm.

During questioning, he simply said "he came on base because he wanted to see airplanes," according to the report.

It was not known if the man will face charges.