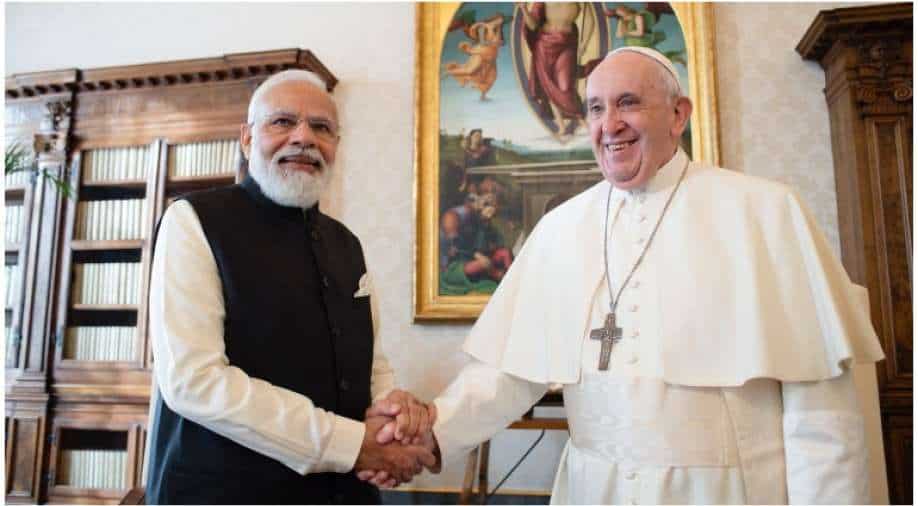 PM Narendra Modi met Pope Francis in the Vatican on Saturday (October 30) and invited him to visit India. This historic meet between leader of India and the leader of the Christian religious world has made headlines everywhere. This was very first meeting between the two leaders.

But PM Modi's connect with the Christian community goes well beyond the customary festive wishes most other leaders are known for.

In February 2015, PM Narendra Modi addressed the National Celebration of the Elevation to Sainthood of Blessed Kuriakose Elias Chavara and Blessed Mother Euphrasia.

His connect with Indian Christians as well as the Christian community across the world has found reflection in 'Mann Ki Baat', the monthly radio address to the nation.

In 'Mann ki Baat' that aired in July 2021, PM Modi mentioned how India handed over Holy Relic of Saint Queen Ketevan to Georgia strengthening the ties between the two nations. Indian Foreign Minister S Jaishankar himself went to Georgia to hand over the relics. The handover ceremony, held in an emotional atmosphere, was attended by Georgia's president, prime minister and many Georgian religious leaders.

On December 31 2017, PM Modi paid a special homage to Jesus Christ. He said that pious occasion of Christmas reminded all of great teachings of Jesus Christ.