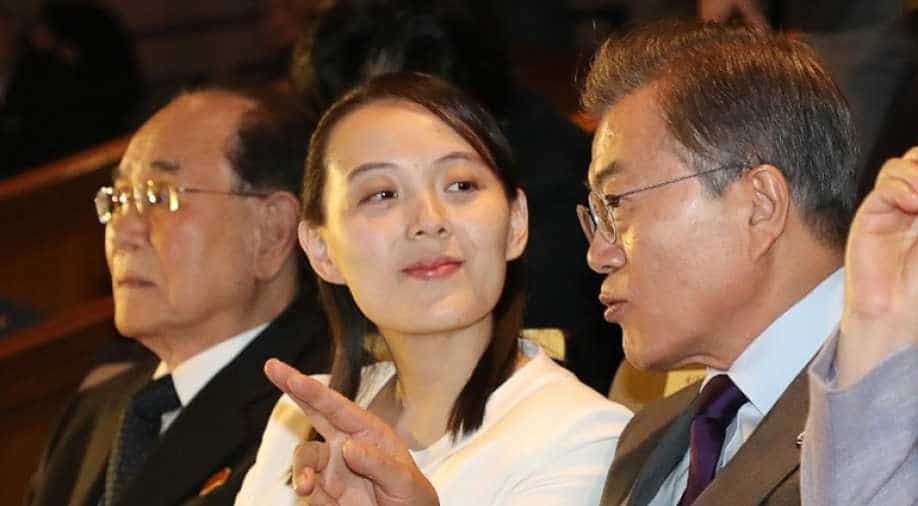 A blacklisted North Korean general arrived in the South on Sunday for the Winter Olympics closing ceremony, which will also be attended by US President Donald Trump`s daughter Ivanka.

The visit by Kim Yong Chol, who led an eight-member high-level delegation that crossed the Demilitarized Zone in the morning, is the final piece of the Games-led diplomacy that has dominated headlines from Pyeongchang.

The nuclear-armed North has gone on a charm offensive in connection with the Olympics, sending athletes, cheerleaders and performers to the Games, with leader Kim Jong Un`s sister Kim Yo Jong attending the opening ceremony.

Analysts say it is seeking to loosen the sanctions imposed against it over its banned nuclear weapon and ballistic missile programmes, and trying to weaken the alliance between Seoul and Washington.

But Kim Yo Jong had no interaction with US Vice President Mike Pence at the opening ceremony, even though the two were sitting just a few seats apart in the same VIP area, and according to the US, a planned meeting between the delegations from Washington and Pyongyang the following day was cancelled at short notice by the North Koreans.

South Korean President Moon Jae-in also did not immediately accept an invitation passed on by Kim Yo Jong from her brother to go to Pyongyang for a summit, saying the right conditions needed to be created.

Washington, which describes its approach to Pyongyang as "maximum pressure and engagement", announced a raft of new sanctions against it on Friday.

Television footage showed Kim Yong Chol, wearing a dark long coat, being greeted by Seoul`s vice unification minister Chun Hae-sung before getting into a black sedan prepared by the South, while others boarded a bus and a van.

Kim`s nomination as the leader of the group is controversial in the South, where he is widely blamed for a spate of attacks including the torpedoing of the Seoul`s Cheonan warship in 2010, with the loss of 46 lives.

Conservative lawmakers staged an overnight protest near the border with the North, joined by dozens of other activists.

Images showed the protesters waving banners including "Arrest Kim Yong Chol!` and "Kim Yong Chol should kneel in front of the victims` families and apologise!"

Kim is blacklisted under Seoul`s unilateral sanctions against the North -- meaning he is subject to an assets freeze -- although he is not named in the UN Security Council`s measures.