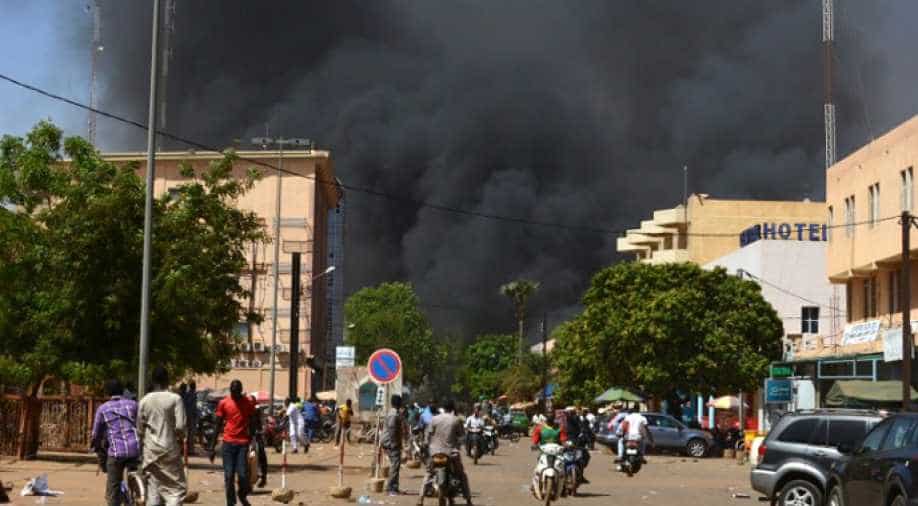 Burkina Faso came under multiple attacks with the French embassy, the French cultural centre and the country's military headquarters being targeted Photograph:( AFP )

The attackers were later killed by police, even as the country's military headquarters was also targeted.

"Four attackers were neutralised," it said in a statement posted on the government's Information Service website.

Sixteen people - nine assailants and seven members of the security forces were killed in the attack.

Witnesses said five armed men got out of a car and opened fire on passersby before heading towards the French embassy. The car was later seen ablaze, AFP reported.

At the same time, an explosion occurred near the headquarters of the Burkinabe armed forces and the French cultural centre, which are located about a kilometre (half a mile) from the site of the first attack, other witnesses told AFP.

Information Minister Remis Fulgance Dandjinou said the attack "has strong overtones of terrorism, adding,"a certain number of gendarmes and soldiers" were wounded, but there were no known casualties among civilians.