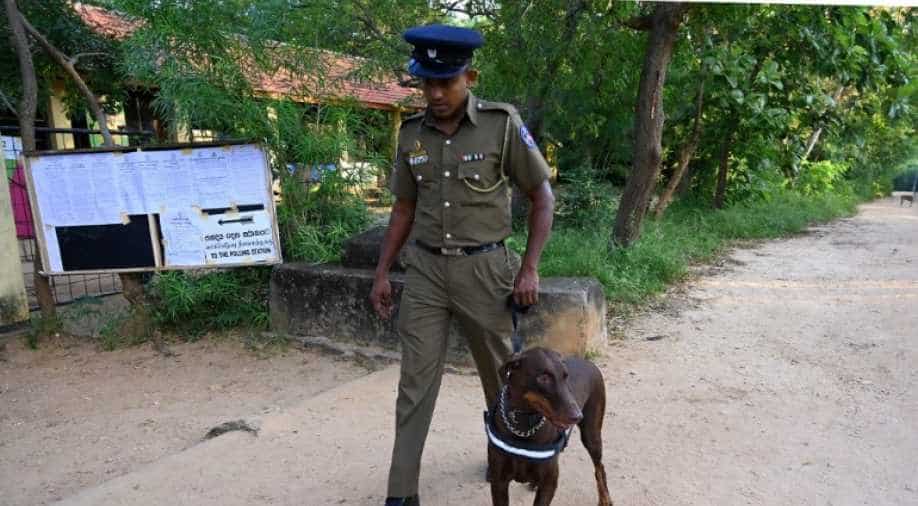 A security official guarding a site during the presidential election in Sri Lanka Photograph:( AFP )

There were no reports of any casualties so far. A police official said the attackers had burnt tyres on the road and set up makeshift road blocks to ambush the convoy of over 100 buses.

Gunmen fired on a convoy of buses carrying Muslims in northwest Sri Lanka early on Saturday before the beginning of presidential elections, police officials said.

There were no reports of any casualties so far. A police official said the attackers had burnt tyres on the road and set up makeshift road blocks to ambush the convoy of over 100 buses.

"The gunmen opened fire and also pelted stones," a police official in Tantirimale, 240 kilometers (150 miles) north of Colombo said. "At least two buses were hit, but we have no reports of casualties."

Police reinforcements rushed to the spot, cleared the obstructions in the road and escorted the voters' convoy to the polling booth.

The police official added that the Muslims were from the coastal town of Puttalam and traveling to the district of Mannar to cast their votes.

The attack came on the backdrop of a tense standoff between Sri Lankan army and police as the latter is claiming that the Army were manning roadblocks that are making it difficult for the residents to vote in the Tamil-dominated northern peninsula of Jaffna. The police later said that after the issue was brought to the notice of the army, the roadblocks were removed.

Police sources said they had also warned local military commanders that any disruption to the election would lead to a stricter action.

The minority Muslims and Tamils are seen as a crucial factor in deciding a winner in a close contest between the two front runners -- housing minister Sajith Premadasa and the opposition's Gotabaya Rajapaksa.

Local media reports claimed that strong military presence in Jaffna, which is the heartland of Sri Lanka's Tamil minority, could influence the voter turnout and favour Rajapaksha, a former defence ministry chief and brother of former president Mahinda Rajapaksa.