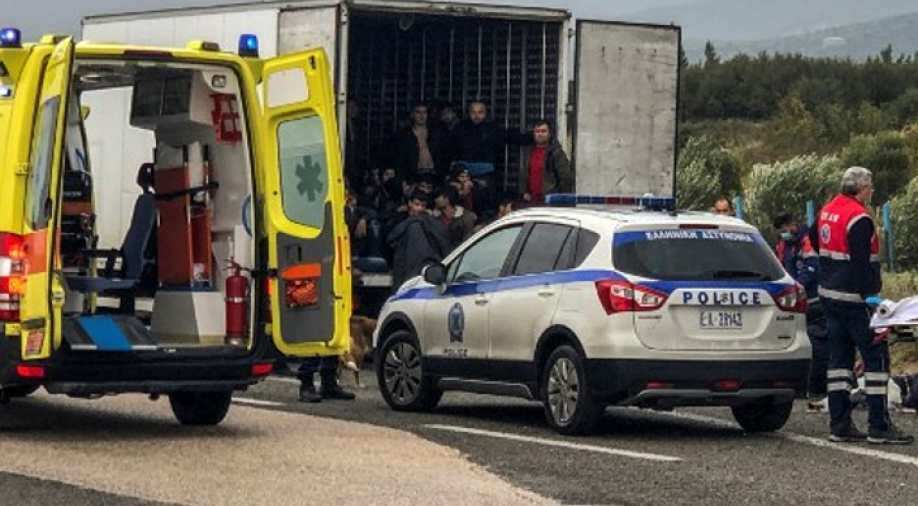 The migrants were reportedly of Afghan origin, the police added.

Police in Greece said 41 migrants were found alive in a refrigerated truck.

The driver of the bus was arrested after the truck was impounded as the migrants were moved to a police station for identification.

The migrants were reportedly of Afghan origin, the police added, while informing that they were in good health with some provided first aid.

Reports said the police had stopped the truck on a highway near the northern Greek city of Xanthi.

The latest incident comes after 39 people had died in a similar truck in an industrial estate near London last month. The driver of the bus Maurice Robinson, 25, from Northern Ireland was charged with manslaughter and people trafficking.

The London police had said earlier that those dead were Chinese nationals but later claimed they were believed to be Vietnamese. The victims included eight women and 31 men.

The bodies in the truck were discovered at Purfleet on the River Thames estuary, after arriving on a ferry from the Belgian port of Zeebrugge

In another incident, 30 migrants from Pakistan have been found hidden in a lorry in southern France. The driver of the lorry also from Pakistan was detained, French prosecutors said as illegal migrant routes in Europe continued to be the focus of authorities.

Post-mortem examinations are being carried out and no formal cause of death has been released.