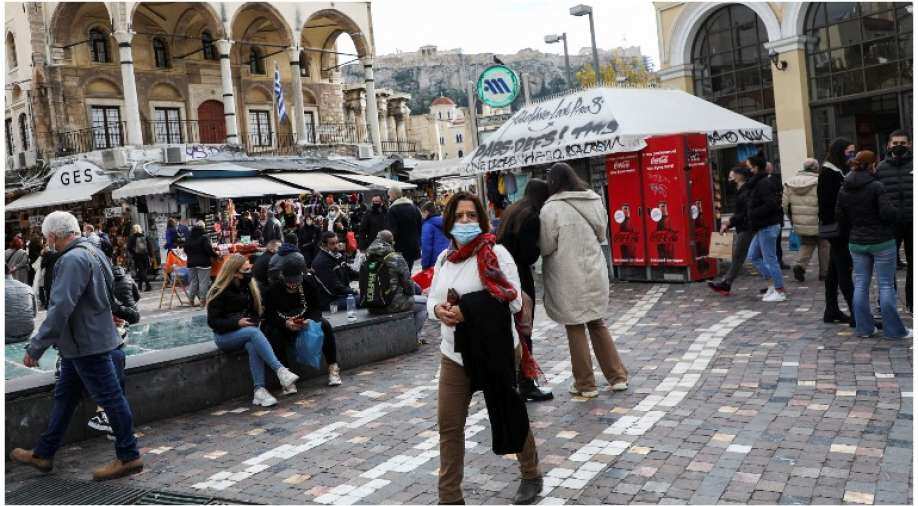 On Wednesday, health authorities reported that daily confirmed COVID-19 cases had jumped by more than 7,000 to 28,828, a new all-time record, with 72 deaths

Greece is bringing forward Covid measures initially intended to go in effect in early January and introducing restrictions on hospitality sector from Thursday. The measures have been advanced in light of surge in infections.

On Wednesday, health authorities reported that daily confirmed COVID-19 cases had jumped by more than 7,000 to 28,828, a new all-time record, with 72 deaths.

Authorities said the Omicron variant, which is highly contagious, appeared to be dominant in the community, barely a month after it was first detected.

Bars, nightclubs and restaurants will be forced to close at midnight, with no standing customers and no music, with the exception of New Year's Eve when then can stay open until 2 a.m..

Restaurant and night club owners braced for a tough period ahead, expecting a hit on sales in the next months.

"Certainly for us in the restaurant sector, it is a disaster. On the other hand, you can't go against the health situation. I can't say I want to stay open and work while people are dying," said Christos Kotsis, a live music cafe owner.

Health Minister Thanos Plevris told a news conference that if measures are fully complied with, it would allow a return to normality after mid-January.

"We bought our stock for New Year's Eve, people are out shopping and in the mood to spend, but unfortunately things are going to be really bad financially for our sector once again," said Yannis Amerikanos, a restaurant manager.