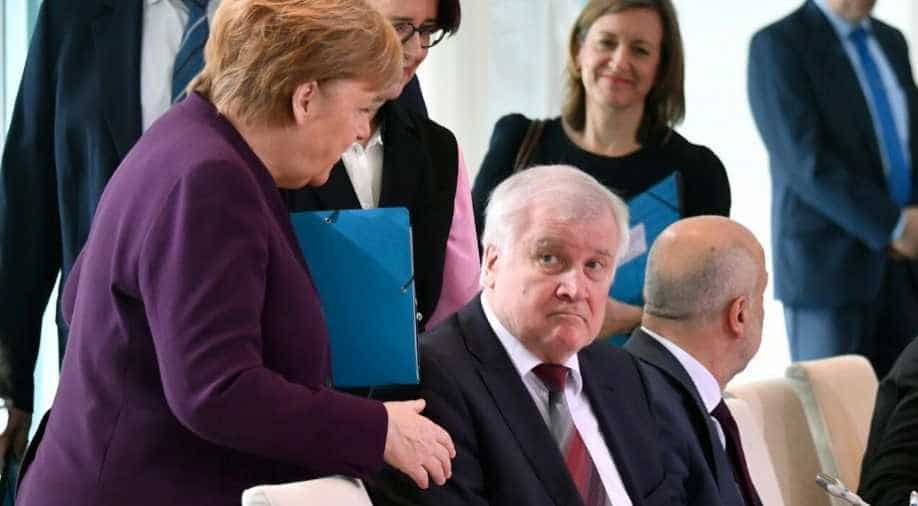 As the deadly virus rapidly grows, the number of confirmed coronavirus cases in Germany rose to 188 after officials reported more cases of infection.

German interior minister refused to shake hands with Chancellor Angela Merkl over the fear of coronavirus.

As the deadly virus rapidly grows, the number of confirmed coronavirus cases in Germany rose to 188 after officials reported more cases of infection.

At a meeting on migration on Monday, Merkel extended her head in exchange of pleasantries to Seehofer during which he refuses to shake hands. Borth leaders can be seen laughing during the awkward interaction in a video which is being widely shared on social media.

Earlier also, Horst Seehofer had told reporters he had stopped offering handshakes amid the outbreak.

Thirteen of Germany's 16 federal states have now reported cases of the novel coronavirus, with the western state of North Rhine-Westphalia being most affected, according to the RKI.

More than half of the cases, 86, are in the western region of North Rhine-Westphalia, Germany's most populous state, where several schools and daycare centres will be closed on Monday to try to prevent the spread of the virus after staff members tested positive.