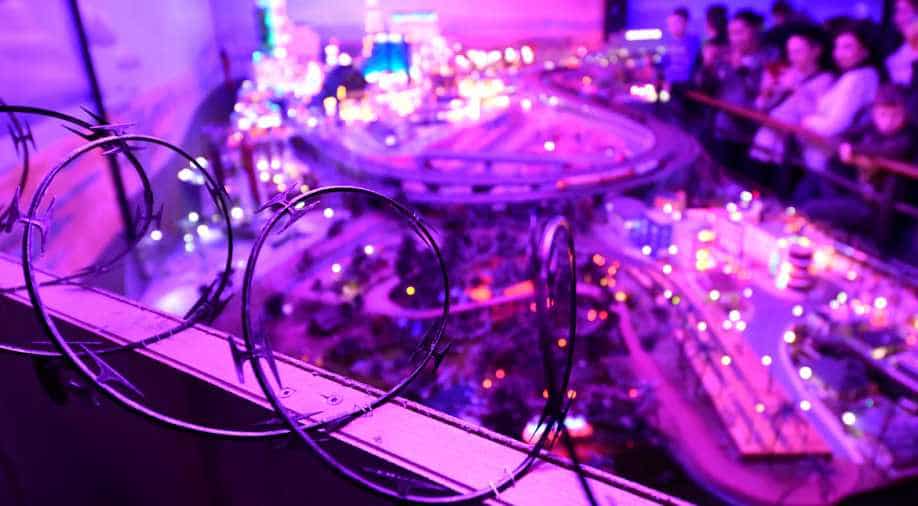 The slogan 'Let the world be great again' was scribbled on the wall, a reference to Trump's election slogan 'Make America Great Again'. Photograph:( Reuters )

A German tourist attraction that features miniature models of various parts of the world has put up a wall around the United States, in a dig at President Donald Trump's plan to build a full-sized one on the border with Mexico.

The display at Miniature Wonderland, which Trip Advisor rates as the top destination in the city of Hamburg, is a hit with tourists, including some from the United States, who are usually drawn by its vast model railway.

Visitors on Friday could be seen peering over a miniature concrete wall topped with razor wire to look at sites such as a tiny Mount Rushmore and a Las Vegas skyline.

The slogan "Let the world be great again" was scribbled on the wall, a reference to Trump's election slogan "Make America Great Again".

"I don't want to tell anyone what to think. Everybody should look at that wall, and then decide regardless of whether they are on the left, right or centre," said Gerrit Braun, co-founder of Miniatur Wunderland.

"The main thing is that the people think about it."

Ryan Ott, a tourist from the United States, said: "I think it's a good use of humour, which is what the world needs, I think, right now to help cope with what's happening in our country."