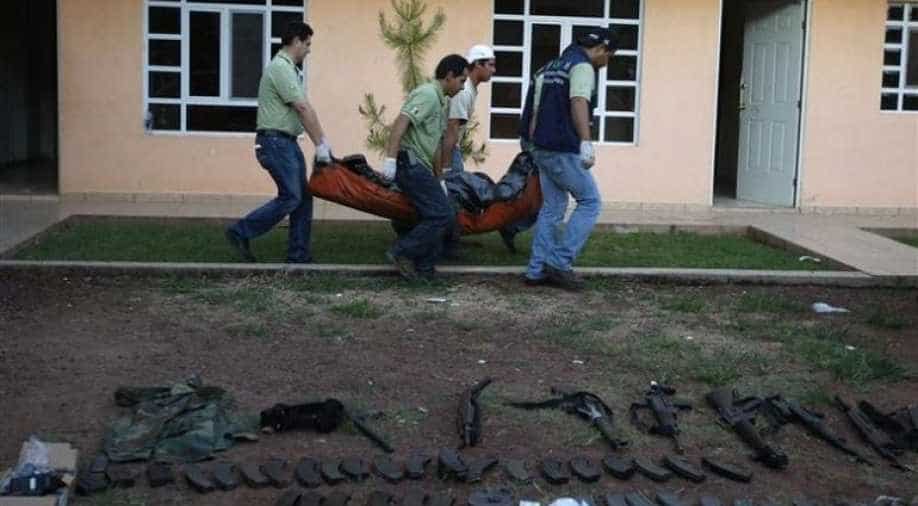 Zacatecas public prosecutor, Francisco Murillo told the press that four of the bodies had been identified and were from Juan Aldama.

Mexican authorities found 14 dead bodies on the side of a road in the northern Zacatecas state, wrapped in blankets and tied with adhesive tape.

The northern Zacatecas state is an area that usually has high gang-related violence. This incident, too, is being assumed to be a gang-related incident, according to the initial investigations.

Zacatecas public prosecutor, Francisco Murillo told the press that four of the bodies had been identified and were from Juan Aldama, a town 150 kilometers (90 miles) to the north of Fresnillo, where they were found.

“They are people who disappeared from that region a few days ago,” said Murillo.

The are of Zacatecas is one of the main drug trafficking route into the United States, and is, according to Mexican officials, being fought over by three local criminal gangs of Mexico, including Sinaloa and Jalisco New Generation.

Earlier on Wednesday, a gang fight broke between two rival groups in, which resulted in death of 16 people.

While the coronavirus has shut down the rest of the world, the gang-related violence in Mexico has not slowed down. Authorities are, they claim, trying their best to come up with strategies to shut down the gang rivalry and violence.