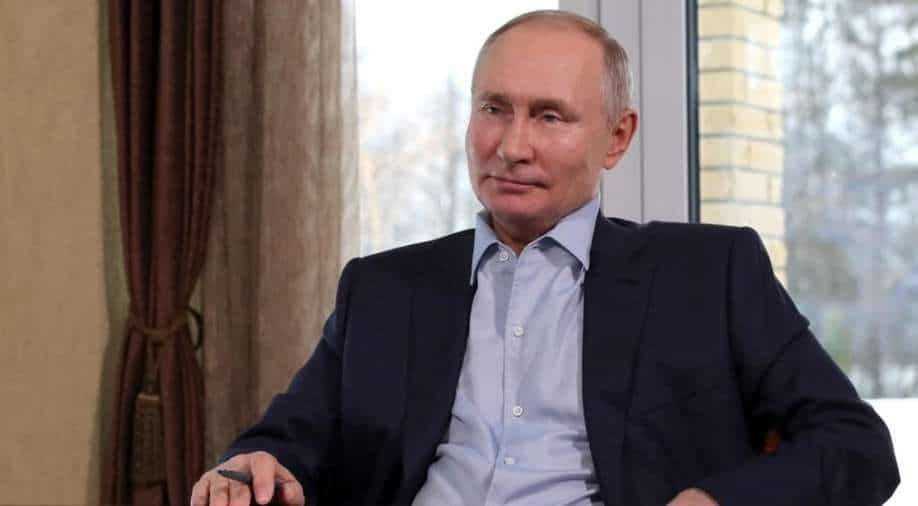 Putin has moved away from the West, embraced isolationism, annexed Crimea, fought in Ukraine and despite everything, he remains Russia's most popular leader

At the turn of the millenium, a man not many had heard of took over the reigns of Russia — Vladimir Putin became the Prime Minister of Russia in August 1999.

Putin was a political nobody. Even to his wife, the appointment reportedly came as a surprise. He was handpicked by then-President Boris Yeltsin and the KGB. Within three months, he was handed the Kremlin on a plate and was told he would succeed Yeltsin and lead Russia into the 21st century.

The reason behind this is Yeltsin trusted only family and KGB and Putin is former KGB.

The 47-year-old new President addressed the country wearing an ill-fitted suit. It took Putin's entourage well over a year to find him a suit that fits. It's been 20 years since the baton was handed to a camera-shy Putin and a lot has changed since then.

Now, Vladimir Putin is the founder of the Strongman's Club. He is the longest-serving Russian leader since Joseph Stalin and parallels are drawn between Putin and the Russian Tsars.

Putin is everywhere in Russia — from T-shirts to calendars and mugs. He has transformed Russia into an increasingly dictatorial state where its people have fewer rights and freedoms.

Putin has moved away from the West, embraced isolationism, annexed Crimea, fought in Ukraine and despite everything, he remains Russia's most popular leader.

This is only the fourth time that Putin's ratings have taken a dent.

Previously it was because of unpopular reform to social benefits in 2015, rigged parliamentary elections in 2011 and pension reforms in 2019.

Today, some 46 per cent of Russians aged 18-24 say they do not approve of Putin. However, these numbers mean nothing — just like Russia's recent referendum that allowed Putin to be President for life.

Russians know that Putin is backed by the oligarchs. They have seen dissidents dying, disappearing or being drugged. The murder of former Russian spy, Alexander Litvinenko in 2016 shocked the world. Rebel Chechnya leader Zelimkhan Yandarbiyev was assassinated in Qatar, Sergei Skripal was targeted in Salisbury, the UK. All the trails lead back to Moscow and the tale, each time, is of Russia's growing appetite for risk.

We often refer to Pakistan as a terror state, which it is, but the Kremlin, too, has its terror squad that takes down dissidents at home and abroad.

In the last 20 years, Putin has tightened his grip on power, changed the constitution to suit his dreams and gone after anyone who came in between. Therefore, Alexei Navalny was no exception, but what Putin did not expect was for Navalny to outmanoeuvre him.

Navalny used his recovery time to investigate attacks on journalists and exposed corruption in Putin's system, which was detailed in a two-hour documentary. Navalny also duped Russian agents into spilling the details of his poisoning. Now, Navalny has kickstarted what Putin fears the most: a Ukraine-style Maidan revolution. From Moscow to St. Petersburg, protesters have taken to the streets across Russia with demonstrations in at least 100 cities. Putin knows the history and he understands the threat such protests come with. He knows that protests eventually toppled the Tsarist rule too.

The Kremlin critic is definitely the biggest challenge to Putin at home in his 20 years of leadership, but Putin has been written off before too. Experts predicted that Putin would be mowed down by a crisis like Yeltsin, but he survived, not only the war in Chechnya but also the 2002 Moscow seige or the annexation of Crimea.

Remember, we are talking about a man who orchestrated the Salisbury poisoning just months before the 2018 FIFA world cup. He is not afraid of interfering with the elections of the world's oldest democracy or hacking into the servers of vaccine manufacturers across the globe.

So, while Navalny is definitely Putin's biggest test till date, predicting Putin's fall would be speaking too soon.