Fresh from Bannon feud, Trump meets Republicans to strategise for 2018 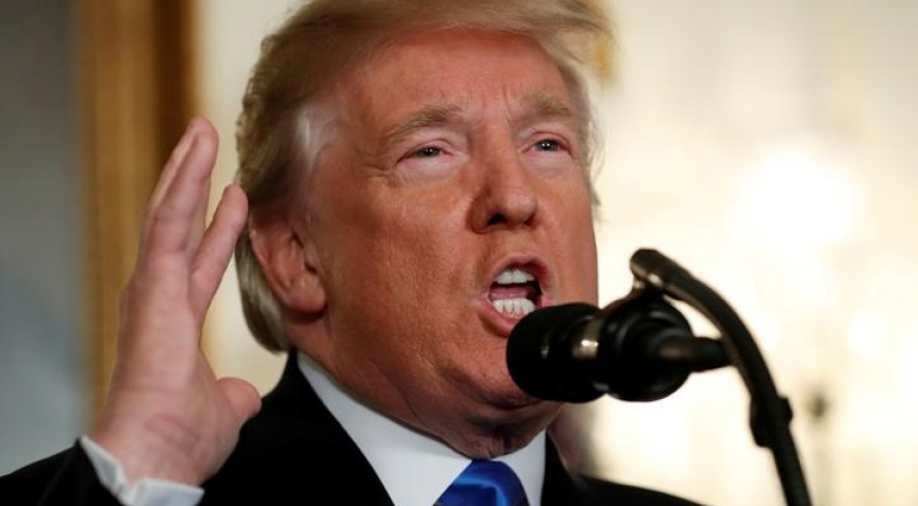 Following a disruptive start to 2018, President Donald Trump will huddle with top Republicans on a two-day retreat starting on Friday to lay out legislative priorities for the year and discuss a strategy for pivotal November congressional elections.

Days after explosive comments by Trump's former chief strategist Steve Bannon left the White House in a defensive crouch, the president will sit down at Camp David with party leaders including House of Representative Speaker Paul Ryan and Senate Majority Leader Mitch McConnell.

Trump achieved the first major legislative win of his presidency in December with tax legislation long sought by his party and its supporters.

He is eager for more such victories and the White House has targeted infrastructure policy and a welfare overhaul as its top priorities. Immigration legislation, in particular, a plan to help people who were brought to the United States illegally as children, is also on the agenda.

How and when to execute those priorities must be decided. While Trump and McConnell want to work on infrastructure first, Ryan is more interested in tackling welfare.

A White House official said the timing of legislation would be discussed as well as the political priority of giving Republicans substantive issues to highlight ahead of November elections when the party will seek to maintain control of Congress.

All 435 members in the House and a third of the 100 members in the Senate will be up for re-election. A Democratic takeover of one or both chambers could help stifle Trump's agenda.

The meeting at the presidential retreat in Maryland, which will include Trump Cabinet officials, follows an uproar over the description in a new book of an inept Trump White House and Bannon's suggestion the president's son and son-in-law committed treason by meeting with a Russian official during the 2016 campaign.

Trump broke with Bannon on Wednesday, saying his former adviser had "lost his mind," in a statement issued after comments attributed to Bannon in Michael Wolff's "Fire and Fury: Inside the Trump White House" were made public.

The strategy session will provide an opportunity to switch topics after the furore over the book, which goes on sale on Friday.

"The White House doesn't mind the optics after a few days of the president unloading on Bannon and making our views clear on the book, the president sits down and charts the course forward ... with the actual leaders of the Republican Party," a White House official said.

Trump spokeswoman Sarah Sanders said on Thursday that Wolff's book was a "complete fantasy" filled with tabloid gossip. She called for the conservative outlet Breitbart News to consider parting ways with Bannon, who leads the group and had pledged to campaign for anti-establishment Republican candidates in the 2018 elections.

Senate Republican Whip John Cornyn said the weekend meeting would help lawmakers and administration officials get on the same page about their priorities.

"This administration came into office perhaps not really knowing for sure that they would win the election and was a little bit behind the curve in terms of preparing. Now I think they’ve recognized that that sort of coordination is really important in order to get things done," he said.

"So I look forward to having those conversations and making sure that the president’s priorities and our priorities are aligned.”