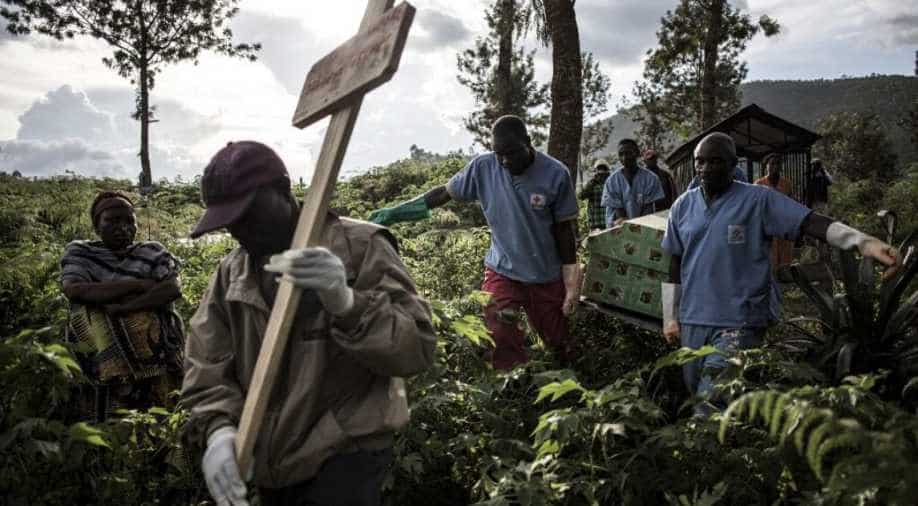 Since surfacing, the Ebola epidemic has killed 2,280 people in the country’s eastern region.

The latest Ebola outbreak in Democratic Republic of Congo has claimed five lives according the the United Nations Children’s Fund (UNICEF).

"Four additional people who contracted the virus, all contacts of the deceased and including the child of one of the fatal cases, are being treated in an isolation unit at the Wangata Hospital in Mbandaka," UNICEF said in a statement.

"The deaths occurred between the 18th and 30th of May but they were only confirmed as Ebola-related yesterday."

A new #Ebola outbreak detected in western #DRC, near Mbandaka, Équateur province. @MinSanteRDC has identified 6 cases, of which 4 people have died. The country is also in final phase of battling Ebola in eastern DRC, #COVID19 & the world’s largest measles outbreak.

Mbandaka is the capital of Congo’s Equateur province, which serves as a transport hub alongside the Congo river and houses over a million people. Ebola had hit the same province in the summer months of May and July in 2018, which claimed the lives of 33 people.

Since surfacing, the Ebola epidemic has killed 2,280 people in the country’s eastern region. The government was planning to announce the country Ebola free on June 25, but with new cases resurfacing, the country has to continue fighting it. A similar situation had come up in April this year when the country was three days away from declaring itself free of Ebola.

It's the country's 11th outbreak of the potentially deadly virus, which is passed by bodily fluids and has a fatality rate of anywhere between 25 per cent and 90 per cent, depending on the outbreak.