French railways warn of major disruption ahead of anti-Macron strike 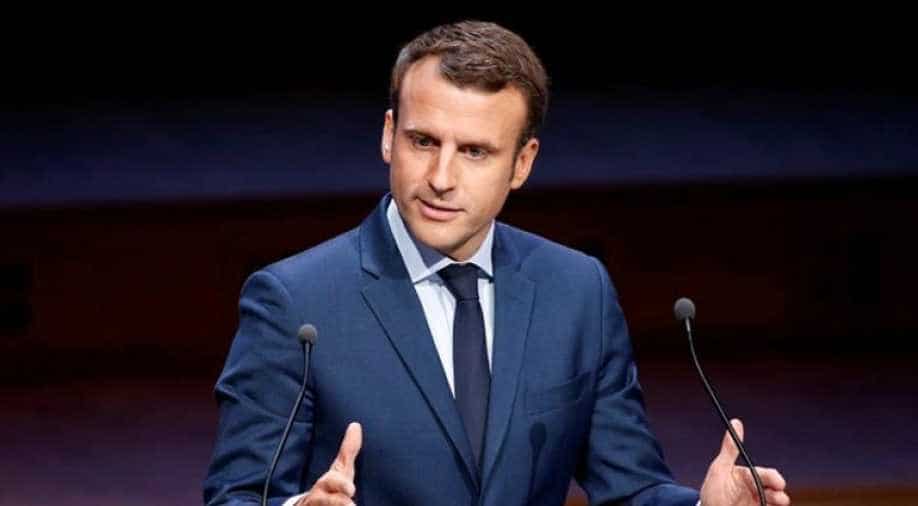 French state railway operator SNCF warned Sunday of major disruption caused by strikes this week that analysts say will be a major test of how much weight the country's once fearsome trade unions still carry.

Train drivers and other staff are set to walk off the job from Monday night at the start of three months of planned stoppages against reform plans announced by President Emmanuel Macron and his government.

From Tuesday, rubbish collectors, some staff in the electricity and energy sector and employees of Air France are also set to strike in the biggest wave of industrial unrest since Macron's election last May. Flight crews and ground staff for Air France also announced a further two-day strike for April 10 and 11.

In an update on Sunday, the SNCF said travel would be "very disrupted" on Tuesday, with one in eight high-speed TGV trains operating, around one in five regional trains and major cancellations on suburban commuter trains.

SNCF chief Guillaume Pepy warned that some train lines might be closed due to the walkouts and that problems might accumulate over time because stoppages have been announced for two out of every five days until June 28.

"Three days after normal services resume, another strike sequence will start. It'll completely disorganise our work," he told the Journal du Dimanche newspaper, warning the network's 4.5 million daily users to brace for problems. Unions are reacting to government plans to revamp the debt-laden and loss-making SNCF which they believe -- despite consistent denials from the government -- is a first step toward privatisation.

Under the proposed changes, new rail employees will not benefit from a special status historically given to railway workers, which guarantees them a job for life and early retirement.

Forty-eight percent of staff are set to join the strike Tuesday and a second day on Wednesday, including 77 percent of drivers, the SNCF said.

The government has so far had public opinion on its side over the rail reform, but a survey on Sunday showed sympathy growing for SNCF staff.

A new poll by the Ifop group showed that 46 percent of respondents found the strike "justified", up four points from two weeks ago.

Only a slim majority, 51 percent, thought the government "should complete the reform as it has been announced".

Unions have so far failed to block any of the changes proposed by Macron since his election last year, a victory that virtually swept away the Socialist Party, long the political champion of the labour movement.

But by taking on the SNCF, a totem of French unionism, Macron has inevitably drawn comparisons to a previous turning point in Europe's industrial relations: Margaret Thatcher's showdown with British coal mine unions in 1984.

The 40-year-old centrist appears to be seizing the opportunity provided by his surprise victory in presidential and parliamentary elections last May and June when he stood as a reformist candidate promising to transform France.

Like controversial labour market reforms last October, he has promised to push through the SNCF overhaul by executive order to avoid a lengthy debate in parliament, while also pressing ahead in other areas.

"His tactical approach is working. By constantly opening new fronts, he renders opposition to the previous one obsolete," said political expert Philippe Braud.

With French opinion divided between "resignation" and "deep conviction that things must move forward," Braud said, "the planets were aligned: So many reforms have been aborted over the past 20 years".France`s union landscape has also shifted markedly, with the hardline CGT recently dethroned as the biggest player by the more moderate CFDT, which has refused calls for a "convergence" of the various protests.

Union membership has also plummeted, with just over 11 percent of French workers unionised according to the Organization for Economic Cooperation and Development, one of the lowest levels in the EU.

However unions continue to punch above their weight and even CFDT chief Laurent Berger has warned Macron against "knocking over everything", describing his method as "You discuss, I decide".

Hot on the heels of loosening France's strict labour rules to make hiring-and-firing easier, Macron appears eager to take advantage of his momentum.

CGT head Philippe Martinez, whose union is the biggest at the SNCF, said last week that France was poised for another May 1968, when a series of strikes snowballed into a social revolution.

Fifty years ago, "there was no general call for a strike, but a chain reaction of mobilisations that came together," Martinez told L'Humanite newspaper.