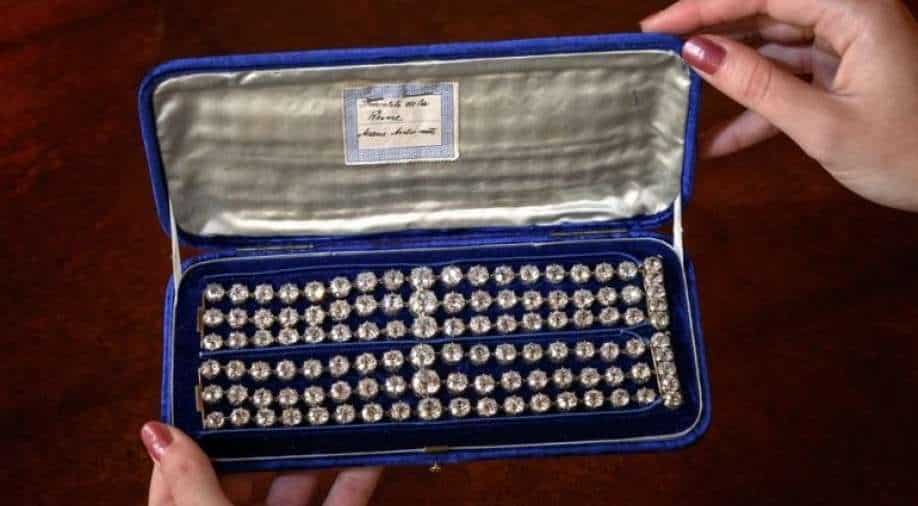 Two bracelets, which belonged to French Queen Marie-Antoinette, will go under the hammer. Photograph:( AFP )

French queen Marie-Antoinette's two diamond bracelets will go under the hammer in Geneva later this year, the auction house Christie's said on Wednesday.

Each of these bracelets have been coated with 112 diamonds. They will be sold together and may fetch between $2-4 million. They will go under the hammer on November 9.

Watch: Festival in east England to reenact lives of Vikings

That estimate "includes not only the intrinsic value of the diamonds, but also the possibility to wear jewellery that was once worn by the famous queen Marie-Antoinette," Christie's jewellery specialist Marie-Cecile Cisamolo told AFP.

The historic jewels could may also go for far more than the asking price.

In 2018, a natural pearl and diamond pendant of the last queen of France was estimated by the Sotheby's auction house at $1-2 million but was sold for $36 million.

Marie-Antoinette was guillotined in Paris in October 1793 at the age of 37 after the French revolution.

It is not just their history that makes the bracelets special, they also have large size of the diamonds, which can range from around one to four carats. In total, the bracelets comprise 140 to 150 carats, according to the estimates.