French claims on imprisonment of Uighur are 'lies', says China 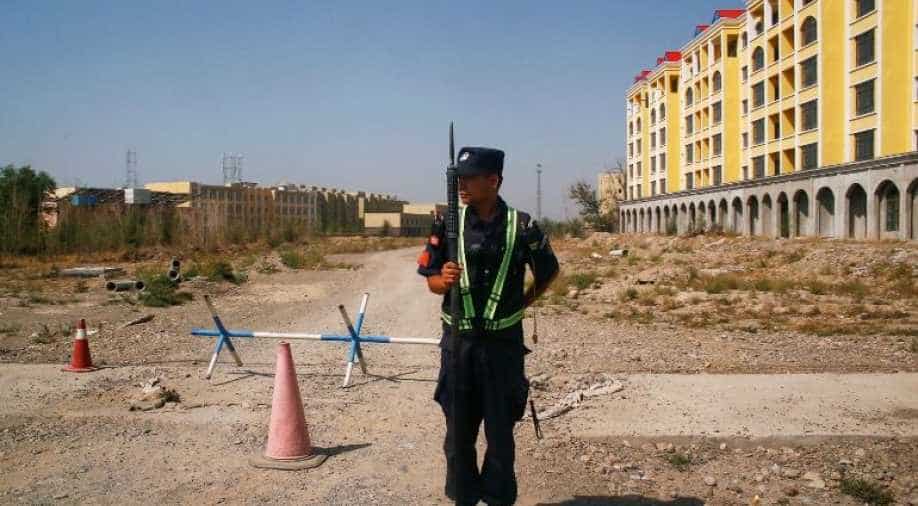 File Photo: A Chinese police officer takes his position by the road near what is officially called a vocational education centre in Yining in Xinjiang Uighur Autonomous Region, China September 4, 2018. Photograph:( Reuters )

China on Wednesday said that the French claims about the imprisonment of ethnic and religious minorities in China's Xinjiang region were unacceptable.

China's response came a day after Paris demanded it let independent human rights observers visit the northwestern region, where rights groups and experts estimate over one million Uighurs and other Turkic-speaking minorities have been rounded up into a network of internment camps.

Beijing has defended its strategy in Xinjiang as necessary to avoid extremism.

Also read: 'Nothing but rumours and slander': China to UK on Uighurs abuse

"About so-called lies that Xinjiang restricts religious freedom and suppresses Muslims... the truth is that recently, some politicians and media in the US and the west have stigmatised Xinjiang's lawful fight against terrorism and extremism," Wang said.

The international community is legally obliged to take action on China’s alleged abuse of Uighur and other Turkic minorities, the Bar Human Rights Committee of England and Wales (BHRC) said in a report released on Wednesday.

China’s refusal to be held legally accountable for the widespread and documented allegations did not absolve the global community of responsibility, BHRC) said in a report released on Wednesday.

“All states, including China, have unequivocally accepted that slavery and racial discrimination, torture and genocide are prohibited,” it said.