'Free and open Indo-Pacific': US destroyer transits through Taiwan Strait 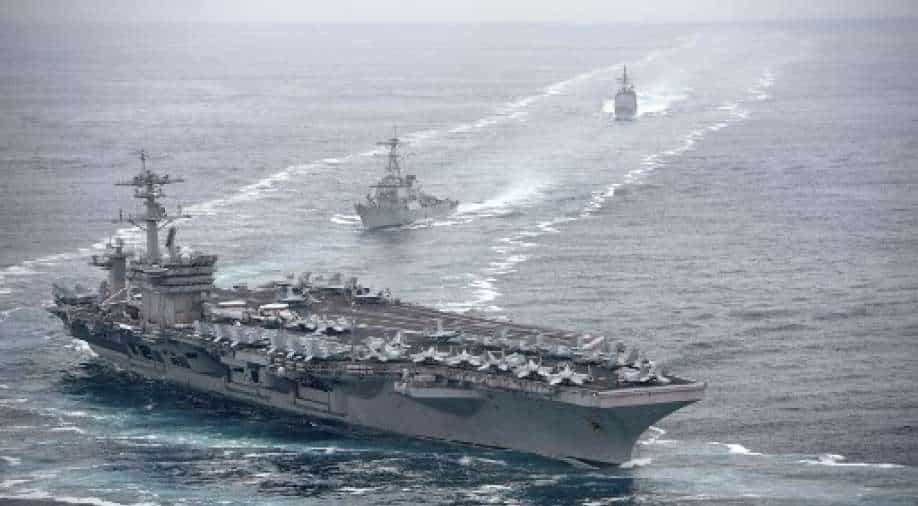 A day after top US commander's warning of a Chinese invasion threat to Taiwan, a US warship sailed through the Taiwan Strait on Thursday.

The US Navy said the third such voyage since president Joe Biden took office "demonstrates the US commitment to a free and open Indo-Pacific".

The Arleigh Burke-class guided-missile destroyer USS John Finn transited through the Taiwan Strait even as US Admiral Philip Davidson had earlier warned of the US was losing its military edge to China in the Pacific.

"I worry that they're (China) accelerating their ambitions to supplant the United States and our leadership role in the rules-based international order... by 2050," Davidson told the Senate committee.

"Taiwan is clearly one of their ambitions before that. And I think the threat is manifest during this decade, in fact, in the next six years," the top US commander added.

The Chinese People's Liberation Army (PLA) said it "resolutely opposed" the transit, asserting that the US was "intentionally meddling in and undermining the regional situation to endanger peace and stability in the Taiwan Strait."

China has upped the ante on Taiwan since last year with Chinese planes repeatedly entering Taiwan's airspace. In 2020, Chinese military jets made 380 incursions into Taiwan's defence zone, according to reports.

China under President Xi has said it will annex Taiwan by force if necessary asserting that seizure of Taiwan was "inevitable".