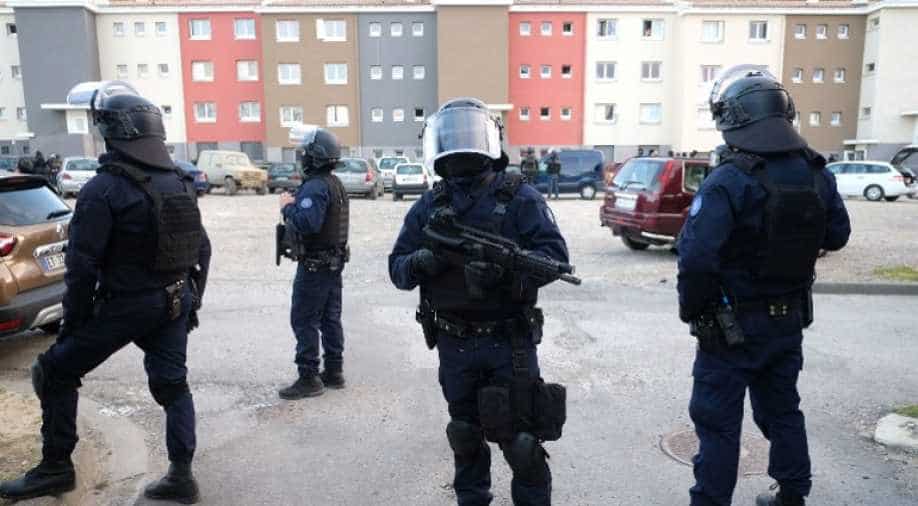 France has been hit by a wave of jihadist attacks since 2015, many claimed or inspired by the Islamic State group, and has expressed concerns that a Turkish assault on Kurdish forces at the helm of the fight against IS in Syria would bolster the radicals.

France said Sunday it was "worried" after Kurdish authorities reported that hundreds of relatives of foreign jihadists had escaped from a displacement camp in northern Syria in an area under Turkish assault.

France has been hit by a wave of jihadist attacks since 2015, many claimed or inspired by the Islamic State group, and has expressed concerns that a Turkish assault on Kurdish forces at the helm of the fight against IS in Syria would bolster the radicals.

Kurdish authorities and foreign powers have warned repeatedly that fighting could allow jihadists to break out of captivity.

"Of course we are worried about what could happen and that is why we want Turkey... to end" the assault "as quickly as possible", government spokeswoman Sibeth Ndiaye told France 3 television.

She was reacting to the Kurdish administration in northern Syria announcing that Turkish bombardment near a displaced people's camp had caused nearly 800 relatives of IS members to flee.

Kurdish forces also claimed that five IS jihadists escaped Friday from a prison in the northeast.

"I do not know, today, who exactly the people are who fled from the camp; it has been a worry for France since the beginning of this armed intervention," said Ndiaye.

Families of jihadists in Syria, meanwhile, urged the government Sunday to repatriate French-born fighters and their children, following news of the breakout.

A grouping calling itself the "Collective of Unified Families" urged Paris in a statement Sunday "to urgently repatriate the innocent French children trapped in the war in Syria, and for security reasons... to repatriate their parents as well."

France, which accounts for the largest number of European jihadists in Syria, insists that jihadists fighting abroad must be tried in the country where they are apprehended but has recently allowed back a handful of adults and several children of jihadists.

Paris maintains it will consider the files of citizens held in northeastern Syria on a case-by-case basis, and Ndiaye said Sunday the policy remains unchanged.

Foreign Minister Jean-Yves Le Drian has referred to French-born IS fighters as "enemies" of the nation.

The families collective urged the government to act "before the situation gets worse, before innocent children are killed or injured... before the foreign prisoners disperse in the Syrian chaos".

Fighting has engulfed northern Syria since Wednesday when Ankara launched a long-threatened offensive against the Kurdish-led Syrian Democratic Forces (SDF), which it considers "terrorists" linked to insurgents in Turkey.

US President Donald Trump has been accused of abandoning a loyal ally in the fight against IS after ordering American troops to pull back from the border.

Ndiaye said that in a call to Trump on Friday, French President Emmanuel Macron had pressed upon him France's concerns about the Turkish offensive, and underlined the need to prevent a resurgence of IS in the region.

France and Germany on Saturday suspended arms exports to Turkey.

Ndiaye said there were also fears for a "serious humanitarian crisis" in Syria, where the number of people fleeing has soared to 130,000.

Following protests by thousands of members of France's Kurdish community on Saturday, some 300 gathered Sunday in the southern city of Toulouse to denounce Turkey's President Recep Tayyip Erdogan as an "assassin" and accuse Europe of doing little to nothing.

"If your life is peaceful, if you can sleep well at night, if there are no more attacks around you, it is thanks to the battle of the Kurds" against IS, said the group's spokesman Nafiye Atac.