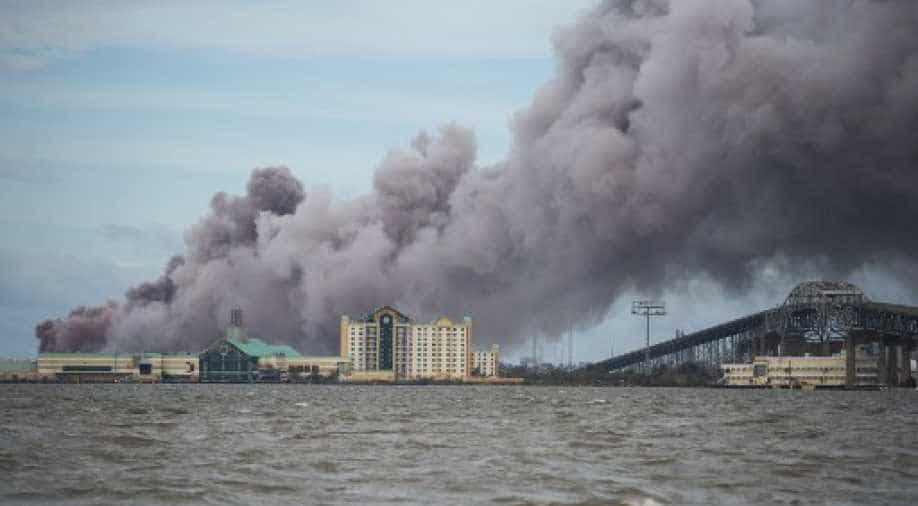 Reports said at least 867,000 homes in Louisiana, Texas and Arkansas were left without power

At least four people were killed after Hurricane Laura stuck Louisiana early on Thursday as a Category 4 storm.

The storm, however, did less damage than forecast as Louisiana Governor John Bel Edwards said: "It is clear that we did not sustain and suffer the absolute catastrophic damage that we thought was likely based on the forecast we had last night."

"We have a lot to be thankful for," Edwards added.

A chemical plant fire caught fire in Westlake, Louisiana sending plumes of smoke after the hurricane made landfall. Governor Edwards confirmed that chlorine gas chemical fire was burning at the facility as police stopped traffic on Interstate 10 near Westlake due to the smoke.

Reports said at least 867,000 homes in Louisiana, Texas and Arkansas were left without power after the hurricane Laura with winds speed of 241 kph. The NHC said Hurricane Laura had crossed into southern Arkansas and was heading northeast.

The National Guard swung into action clearing the debris as power lines went down amid clean up operations.

The NHC warned that high water levels would continue along the Gulf Coast as Hurricane Laura moved north and northeast.