Fire breaks out at London Zoo, one Aardvark reported missing 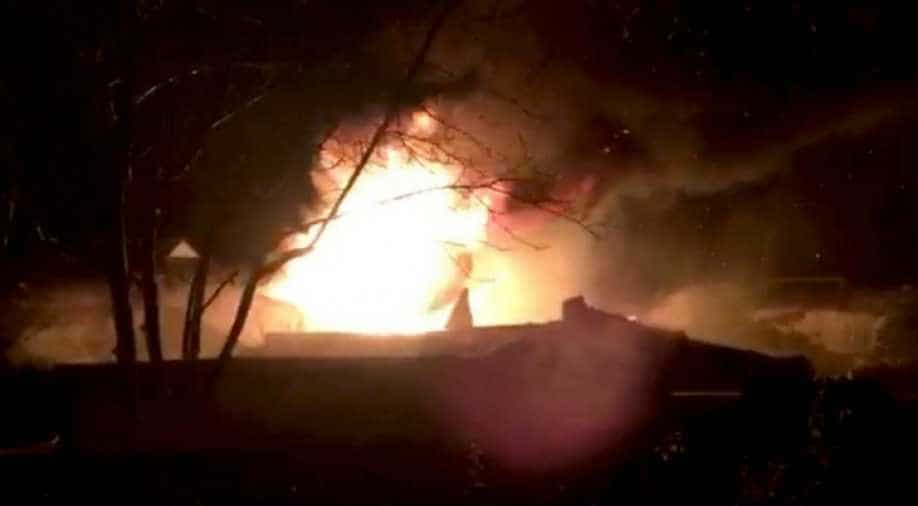 The fire started in the Animal Adventure area and later spread to the gift shop and cafe, the zoo and London Fire Brigade said. Photograph:( Reuters )

A major fire broke out at London Zoo on Saturday, swamping a cafe and shop near an animal petting area which has also left an aardvark missing.

The fire started in the Animal Adventure area and later spread to the gift shop and cafe, the zoo and London Fire Brigade said.

About 70 firefighters were reported at the location who tackled the blaze. Staff members at ZSL London Zoo have been treated for smoke inhalation as well.

"Duty staff that live on site at the zoo were on the scene immediately, and started moving animals to safety," it said in a statement.

"The London Fire Brigade were on the scene within minutes and the fire was brought under control by 9:16 am (local time).

"A number of zoo staff have been treated at the scene for smoke inhalation and shock. Our staff are now in the process of assessing the situation in difficult conditions.

"At present, one aardvark is currently unaccounted for."

The zoo, which is located in Regent's Park in central London, will remain closed until further notice.

The reason for the fire remains unknown.