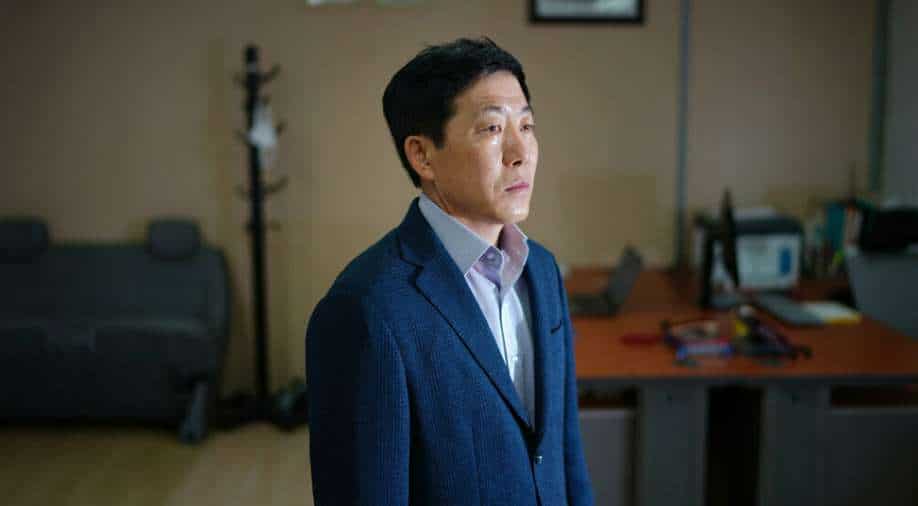 For years, Park and others like him have launched balloons into North Korea loaded with propaganda leaflets urging North Koreans to rise up against their authoritarian leader, Kim Jong Un. Under the law, which went into effect last March, sending such leaflets was made a crime punishable by a fine or a prison term of up to three years

A North Korean defector has been indicted on charges of breaking a South Korean law banning the spread of propaganda leaflets along the inter-Korean border, prosecutors and attorneys said Friday.

Park Sang Hak is the first person to be indicted under the new law, which critics say puts a policy of engagement with North Korea above human rights.

For years, Park and others like him have launched balloons into North Korea loaded with propaganda leaflets urging North Koreans to rise up against their authoritarian leader, Kim Jong Un. Under the law, which went into effect last March, sending such leaflets was made a crime punishable by a fine or a prison term of up to three years.

Park defied the ban in April by launching 10 balloons carrying a half million leaflets. The police later raided his office and interrogated him. In July, they formally asked prosecutors to indict Park under the law, which President Moon Jae-in has vowed to strictly enforce.

Lee Hun, Park’s attorney, said Friday that he received a formal notice from prosecutors that Park had been indicted Wednesday on charges of “attempting” to send the leaflets because investigators lacked evidence that the leaflets actually landed in the North.

A remnant from the Cold War, the leaflets have created tensions not only between the two Koreas but also between North Korean human rights activists and Moon’s government.

North Korea has called the leaflets an “intolerable provocation.” Moon’s government​ sponsored the new law after accusing activists of provoking the North unnecessarily.

The president’s conservative critics accused him of suppressing freedom of speech ​and aiding Kim’s totalitarian regime “at​ ​North Korea’s behest​.”

Lee said he planned to take the case to the Constitutional Court and ask it to overturn the law.

After Park launched the leaflets in April, Kim’s sister and spokesperson, Kim Yo Jong, called him “dirty human scum” and warned of “consequences.”

About 33,800 North Koreans have fled to South Korea since the 1990s. Park, who fled in 1999, has stood out for his highly public campaign supporting North Korean human rights, although critics consider him theatrical.

His group, Fighters For Free North Korea, calls the ruling Kim family in Pyongyang womanizers and “dictatorial pigs,” and burns them in effigy during outdoor rallies in South Korea. Its leaflets also call Kim a “human butcher” who killed his uncle and half brother.

There has been no credible study on how many North Koreans read or react to the propaganda leaflets. Analysts say that leaflets are not as effective as radio broadcasts and flash drives smuggled across the Chinese border. But launching leaflets is perhaps the activists’ most visible campaign tactic.

Park has often invited media to his balloon-launching ceremonies, where the large hydrogen balloons waft across the world’s most heavily armed border. Once in North Korea, timer devices click, unfastening vinyl bundles. Leaflets, dollar bills, mini-Bibles and USB drives chock-full of content banned in the North fall out of the sky like snowflakes.

Kim keeps his people under a total information blackout in North Korea, blocking the internet and making sure all radio and TV sets receive his government’s propaganda broadcasts only. The government in Seoul said the balloons endanger people living on both sides of the border.

In 2014, the North Korean military fired shells at balloons drifting across the border, but instead hit South Korean villages, prompting the South to return fire.

In a poll taken last May, 51% of the respondents in South Korea supported the new ban, while 37% said it violated freedom of speech. Among those living close to the border, the support rate was 57-60%. Cities and provinces near the border have also called for Park’s punishment.

When North Korea blew up in 2020 a liaison office on its side of the border where officials from both Koreas had worked together, it cited South Korea’s failure to implement an agreement banning leaflets and other propaganda warfare as the impetus. Moon’s government accelerated its efforts to push the anti-leaflet bill through Parliament after the liaison office was destroyed.

South Korea’s conservative opposition has noted a jarring contrast between Moon’s crackdown on leaflets and his restrained response when North Korea killed a South Korean fisheries official or when the country likened Moon to a “parrot” and “mongrel dog” that followed orders from the United States.

“President Moon seems to believe that the only way to keep peace on the Korean Peninsula is to do nothing that will disturb the Kim brother and sister in the North,” said Tae Yong-ho, a former North Korean diplomat who is now an opposition lawmaker in Seoul.

Park, who is set to go to trial in the coming weeks for violating the leaflet ban, has some harsh critics of his own, many of whom are also North Korean human rights activists.

Lee Min-bok, another defector from North Korea, criticized not only the law but also Park, who he said jeopardized the entire balloon campaign by provoking both governments.

Lee started sending leaflets in 2006, before Park, and favored low-key operations that didn’t attract media attention. He launched leaflets that focused on providing news from outside North Korea, rather than criticizing the Kim regime.

“The extremely provocative language in Park Sang-hak’s leaflets has nothing to do with promoting North Korean human rights, but is tailored to please conservatives and provoke progressives in the South,” Lee said. “He wants to become a hero by going to prison for fighting this law.”

Park’s legal troubles precede Friday’s indictment. He is also on trial for breaking a law on collecting donations. In August, he was given a suspended eight-month prison term for beating a South Korean TV reporter who showed up at his home for an interview request.

Park has denied the allegations against him and dismissed his critics as “snakes” and “hypocrites.” He often points to an incident in 2011, when a man was arrested in South Korea on a charge of plotting to assassinate him with a poison needle at North Korea’s request.

“Kim Jong Un wants to kill me, and President Moon wants to send me to prison,” Park told reporters in May. “But they cannot stop us from telling facts and truth.”