Over 1,700 deaths in Spain, Portugal due to wildfires, record-high temperatures, toll rising: WHO 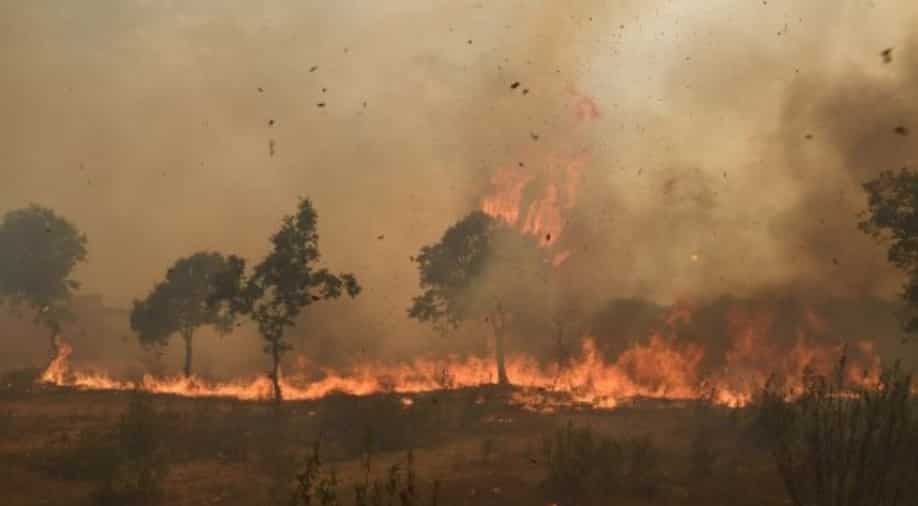 Flames rise from a forest fire near the village of Pumarejo, northern Spain, on July 18, 2022. Photograph:( AFP )

The heatwave has caused over 1,700 deaths on the Iberian peninsula alone, the World Health Organization’s European office said on Friday (July 22). The Iberian Peninsula is a mountainous region that is most associated with Spain and Portugal.

Not just in Spain and Portugal, the unprecedented heatwave has caused death and destruction across Europe. “Heat kills. Over the past decades, hundreds of thousands of people have died as a result of extreme heat during extended heatwaves, often with simultaneous wildfires,” WHO regional director for Europe Hans Kluge said in a statement.

“This year, we have already witnessed more than 1,700 needless deaths in the present heatwave in Spain and Portugal alone,” Kluge added.

As quoted by the news agency AFP, the regional director further added that exposure to extreme heat “often exacerbates pre-existing health conditions”. The official added that “individuals at either end of life’s spectrum – infants and children, and older people – are at particular risk”.

Heatwaves & wildfires – the consequences of #ClimateChange are getting more dire every year, claiming hundreds of thousands of lives

States need to work across borders to tackle root causes of climate change for the health of all@hans_kluge’s statement https://t.co/1ND6aGQlxu

Keep yourself & your loved ones safe.
Advice on preventing health effects of heat: https://t.co/r1vRGVFJ9o

In most European countries, people are experiencing extremely hot weather with temperatures reaching record levels. This straightaway draws attention to the impact of global warming as millions of people struggle in the catastrophic, record-shattering heat.

WHO Europe stated that the available data is a preliminary estimate based on reports by national authorities. It said that the toll had ”already increased and will increase further over the coming days”.